ZIL Crypto Holders, Mark Your Calendars for an April 2 Catalyst

Zilliqa (ZIL-USD) is having an unprecedented week. Since announcing its Metapolis metaverse at the end of 2021, the network has slowly been gaining steam. In recent days, that momentum has quickly snowballed into gains of about 300%, making for a good pay day for ZIL crypto holders. But are the gains over? With less than 24 hours before the big launch, investors think not. 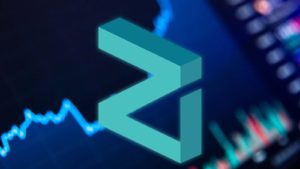 The Zilliqa network is seeing a transformative period as it turns to its metaverse technology. It started in 2017 as a layer-1 network built to give Ethereum (ETH-USD) a run for its money. Zilliqa prioritizes scalability, seeking to accommodate any number of transactions no matter how high. It does this through sharding, a process by which blocks of data are chunked apart into more easily processable pieces. In this respect, the network is far ahead of Ethereum; over five years since Zilliqa brought sharding to the blockchain world, Ethereum is preparing to implement the technology with its Merge upgrade, beginning this summer.

Late in 2021, Zilliqa began its expansion beyond a more straightforward blockchain platform into a metaverse play. It announced in December that it would be launching its Metapolis space in the early months of 2022. With its big promises of turning the space into a creator-friendly universe, it has been gaining momentum. Today, the ZIL crypto hype is coming to a head with the launch tomorrow.

The ZIL crypto has had a busy handful of days since developers gave Metapolis its April 2 launch date. The hype has investors flooding into the coin at a jaw-dropping rate.

While the crypto rarely saw a volume over $100 million before late March, the announcement has spawned a major uptick in ZIL swaps. The last seven days of trading have not seen volume dip below $700 million. Today, over $5.5 billion in ZIL is trading hands. This massive volume has contributed significantly to the network’s near 300% gains in the last week alone.

The Metapolis metaverse space has done well since its announcement by promising to deliver a product that’s both high-performing and different from other spaces. It utilizes “domes,” which will operate like their own unique spaces within a grander Metapolis space; by implementing this model, Zilliqa says it will give creators their own spaces to make of the metaverse whatever they wish. It labels this model as Metaverse-as-a-Service (MaaS).

The tools by which developers are crafting this unique take on the metaverse space are another reason for investors’ bullishness. Metapolis taps some of the highest-grade development tools in the video game industry, making for one of the most realistic spaces on the market. According to the company, the space is built using tools like Unreal Engine, Unity and Nvidia’s (NASDAQ:NVDA) Omniverse.

As the hours count down toward the launch, the ZIL crypto continues to climb. As of this afternoon, the coin is up 11%.