Will the Yield Curve Invert in 2022? What Investors Should Be Watching Right Now.

For months now investors have been weary of a potential recession. The economy ran remarkably hot for nearly the entirety of 2021, and some suspect its time the bears take over. U.S. Treasury yields have historically been one of the best indicators of a recession. Should the yield curve invert, many would read it as a sign of an impending economic decline. 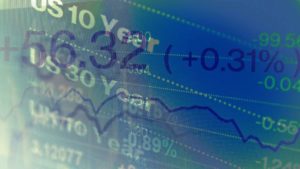 So, will the yield curve invert this year?

According to many investors, it is becoming increasingly unclear. The spread between short-term and long-term yields has been flattening in recent months and while still not at the point of inversion, some bears believe it is only a matter of time.

Recently, investors have been keeping a close eye on the shape of the yield curve amidst rampant market uncertainty. With interest rate hikes on the near horizon, inflation continuing to rear its ugly head, and the potential for supply shortages stemming from the Russia-Ukraine conflict, talk of a recession isn’t exactly nonexistent.

An inverted yield curve reflects the fact that a shorter-term bond, such as a 1- or 2-year Treasury, has a greater yield or return than a long-term bond, such as a 10- or-20 year Treasury. Long-term bonds almost always have a greater yield, but when that’s not the case, the market tends to react in unpredictable ways. Since World War II, every time the yield curve has inverted, a recession has occurred within the following 18 months. This includes the 2020 recession.

How Does a Yield Curve Inversion Affect the Markets?

Currently there is a 31-basis-point spread between the 10-year and 2-year Treasury yields. While the yields still have quite a ways to go to truly be in inversion territory, the spread was more than triple that in March 2021. In August 2019, just months before pandemic-induced market crash, the spread dipped below zero, therefore inverting.

That’s all to say that while Treasurys have clearly nudged closer to a yield curve inversion, there is no guarantee an inversion is in the future. Additionally, not every time the spread dips below zero does a recession occur. Some argue the 2019 inversion is an example of this as the economy was running strong prior to the pandemic-driven lockdowns.

Bond markets will continue to adjust to rapidly changing geopolitical and domestic economic conditions. The yield curves provide some insight into the state of the economy, but at the end of the day, only time will tell.

Why Is Occidental Petroleum (OXY) Stock Up Today?

INDO Stock Alert: What Is Going on With Little-Known Indonesia Energy Today?