Shiba Inu price rallied after breaching its downtrend but seems to be without any enthusiasm. The uptrend failed to set up a higher high and is likely to retrace lower. Considering the incoming retracement, it will allow sidelined buyers another opportunity to accumulate before another explosive rally originates.

Shiba Inu price was stuck trading under a declining trend line for more than a month. This price action was similar to the downtrend that extended from October 28, 2021, to February 8. The breakout from the larger downswing led to an explosive run-up, hinting that a similar breakout for the smaller downtrend could also trigger an exponential run.

So far, SHIB has breached the downtrend on March 18 but has failed to set up a higher high. While this development might seem bearish, it is not. The Momentum Reversal Indicator (MRI) has flashed a red ‘one’ sell signal, indicating that a one-to-four candlestick downtrend is likely.

If true, it will provide sidelined buyers an opportunity to accumulate Shiba Inu at a discounted price. A resurgence of buyers will allow Shiba Inu price to kick-start an explosive move to $0.0000283; clearing this will suggest that bulls could propel the meme coin to $0.0000392, bringing the total gain to nearly 60% from the current position – $0.0000247. 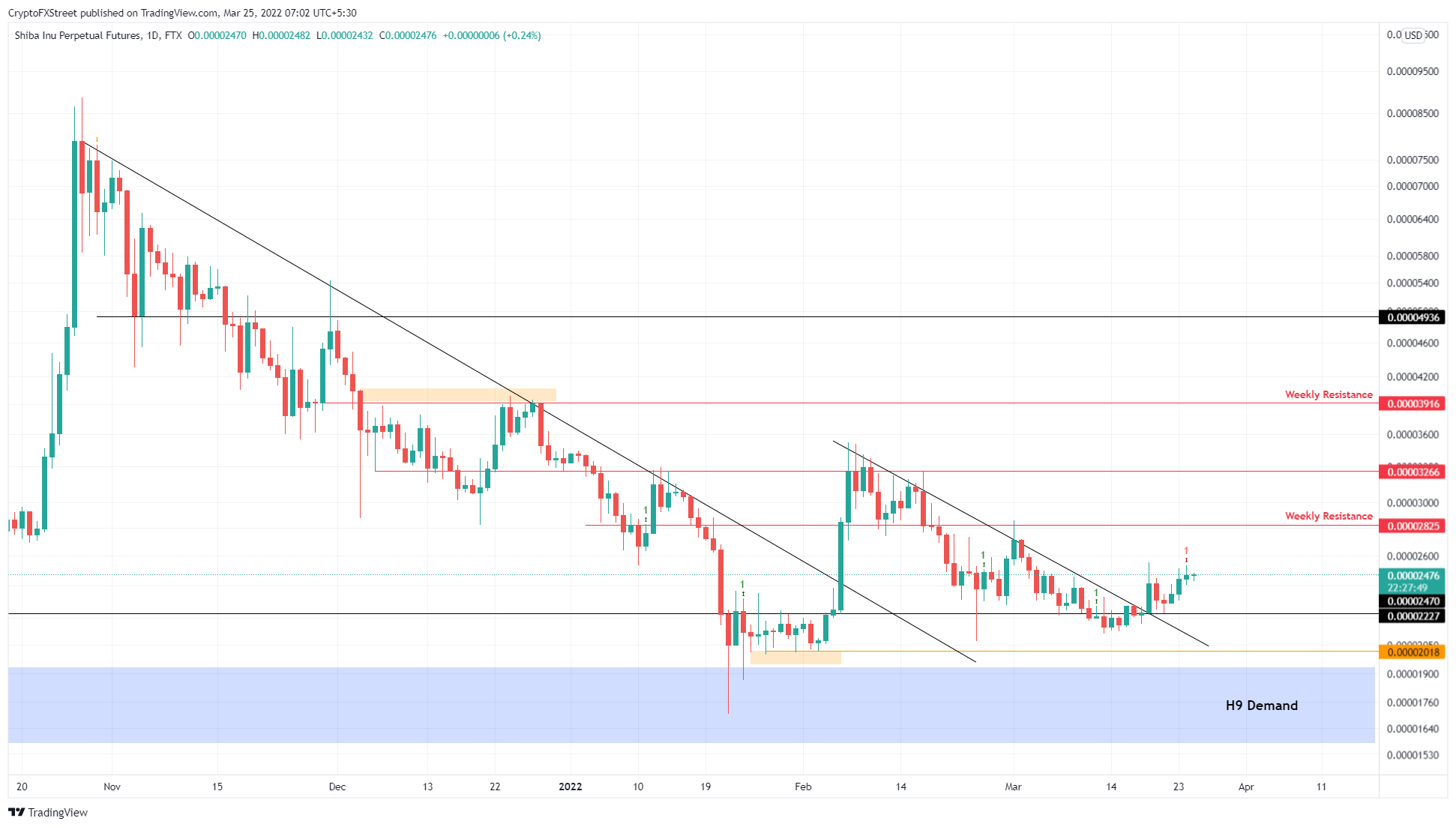 Regardless of the bullish outlook for Shiba Inu price, a failure to move beyond $0.0000283 will indicate a weakness on buyers’ part and could lead to bears taking over.

A daily candlestick close below $0.0000157 will invalidate the bullish thesis for Shiba Inu price. This move will open the path for bears to crash SHIB by 15% before retesting the $0.0000135 support level.