This Is the Percentage of Shiba Inu Holders Actually Making Money

Shiba Inu‘s ( SHIB 2.01% ) massive gains may give investors the impression that anyone who bought it is winning big. This popular meme token soared a mind-boggling 45,000,000% last year.

Since then, it’s lost some momentum. Shiba Inu has slipped 31% so far this year. And it’s no longer among the top 10 cryptocurrencies by market value.

It still is high on the market-capitalization list, though, coming in at No. 15. And the dynamic crypto player continues to draw in supporters and fans. It’s the third-biggest holding of Ethereum whales, according to WhaleStats.

All of this may encourage you to consider taking a stake in Shiba Inu. But before you do, let’s look at one important statistic: the percentage of Shiba Inu holders who actually are making money from their investments. 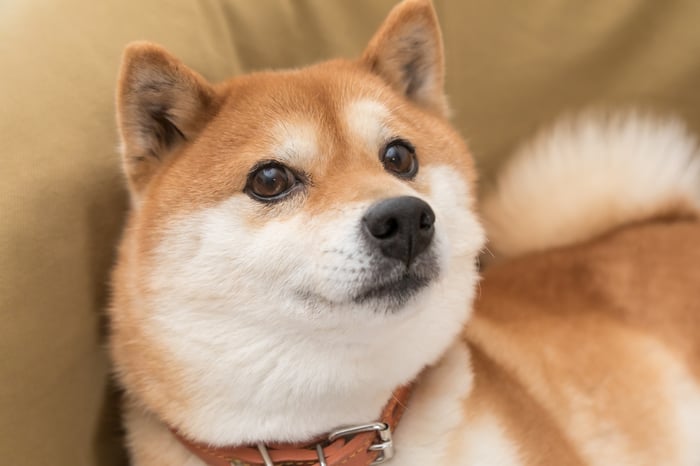 Not making tons of millionaires

The following number may surprise you. It’s logical to expect a huge number of holders benefiting from their investments, considering last-year’s increase. But as a matter of fact, Shiba Inu isn’t making tons of millionaires at the moment.

Only 39% of Shiba Inu holders are making money on their investments at its current price, IntoTheBlock data shows. And making money doesn’t necessarily mean making a lot. A holder could be making a penny or two and still would be in this category.

About 4% of holders are breaking even at today’s level. That leaves 57% in the category of losing money on their Shiba Inu investments.

Some investors have flocked to Shiba Inu out of fear of missing out. But as the numbers above show, Shiba Inu isn’t the El Dorado that some have imagined. A majority of investors actually aren’t making a fortune by investing in Shiba Inu — at least not over a significant period of time.

I favor long-term investing. So I’ll only go for cryptocurrencies with elements that could boost their value over time — and in a lasting manner. I’m talking about those that are major players in decentralized applications (dApps), for example. I would consider dApp leader Ethereum or a player like Solana that’s quickly gaining ground. Through dApps, some cryptos may change the way business is done.

Catalysts on the horizon

Shiba Inu’s problem is that it doesn’t stand out from the thousands of cryptocurrency rivals out there. It may benefit — as it has in the past — from short-term gains. Shiba Inu even has some upcoming catalysts. It plans on launching a layer-2 scaling solution this year. And it’s entering the metaverse. These could offer Shiba Inu a lift.

But because Shiba Inu doesn’t stand out, it’s unlikely this crypto player will steadily increase and remain higher over time. That’s why it’s very difficult to truly gain from an investment in Shiba Inu.

Of course, that could change at some point in the future if Shiba Inu evolves beyond its current identity. Today, it’s a token used primarily for trading, staking, and making payments at some merchants. But for now, investors should know that they probably aren’t missing out if they’ve avoided this popular meme token.

Has Shiba Inu Jumped the Shark?