This ‘Forever Battery’ Stock Rose While Everything Crashed. Here’s Why.

Stocks took a beating Friday amid concerns about inflation and the Fed, as an increasingly unstable Vladimir Putin wages war in Europe. Of the nearly 9,000 U.S. stocks tracked by MarketWatch, less than 30% of them rose on Friday. Folks, things are getting uglier by the day, and it’s only getting harder to find good stocks to buy.

But among those rare winners on Friday was a stock that caught my attention. It’s a $3 battery stock that I’ll bet you’ve never heard of… and it absolutely needs to be on your radar today.

Its outperformance Friday against the backdrop of a broad market sell-off was no fluke. Rather, it is indicative of a company on the verge of a battery breakthrough so impactful it could forever change the multi-trillion-dollar electric vehicle industry as we know it.

Yet, the stock at the epicenter of this “forever battery” breakthrough — as its dubbed by industry insiders — is trading for less than $3 today.

This tiny stock could soar. And, today, I’m going to tell you a little bit about it…

Introducing the Future of Batteries

Did you watch the Super Bowl this year? Specifically, the commercials. If you did, then you could feel the hype around electric vehicles… it’s practically palpable.

But the plain truth about the Electric Vehicle Revolution is that it won’t go mainstream until we make better batteries.

To understand why, we need to take a quick trip back to chemistry class…

Batteries comprise three things: a cathode, an anode, and an electrolyte. And batteries function by promoting the flow of ions between the cathode and anode through the electrolyte. 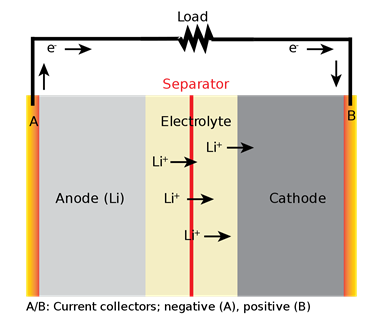 Conventional lithium-ion batteries are built on liquid battery chemistry. That is, they comprise a solid cathode and anode, with a liquid electrolyte solution connecting the two.

These batteries have worked wonders for years. But, due to the physical constraints of dealing with a liquid electrolyte, they are now reaching their limit in terms of energy cell density. Which means that if we want our phones, watches, and electric cars to last longer and charge faster, we need fundamentally different batteries.

With solid-state batteries, the name pretty much says it all. Take the liquid electrolyte solution in conventional batteries. Compress it into a solid. Create a small, hyper-compact solid battery that – because it has zero wasted space – lasts far longer and charges far faster.

Of course, the implications of SSB chemistry are huge.

Solid-state batteries could be the key to making our phones sustain power for days. This breakthrough could facilitate smartwatches that charge to full power in seconds. And, yes, it could allow electric cars to drive thousands of miles on a single charge.

That’s why insiders have dubbed SSBs as “forever batteries.” It’s why they are the critical technology needed to propel the EV Revolution into its next phase of supercharged growth.

So why haven’t we cracked “the battery code” before now? Well, up until recently, making solid-state batteries was the stuff of science fiction. For starters, the science behind such a battery was prohibitively complex.

Then along came a team of genius Stanford professors and scientists who tackled the problem head-on. In 2010, these academics started a company alongside a few tech execs, backed by some of the world’s most prestigious venture capital firms. They called it QuantumScape (NYSE:QS).

The biggest issue with SSBs is something called “dendrites.” Dendrites are small cracks that form in the solid electrolyte during charging and recharging. With time they grow big enough to short-circuit the battery. The big breakthrough in solid-state batteries, thus, lies in developing a solid electrolyte material that is dendrite resistant.

In other words, QuantumScape’s initial “tiny” solid-state battery breakthrough is proving to work even as the company scales up the battery size.

If this trend continues, then within a few years, QuantumScape stock will be commercializing effective solid-state batteries that are big enough to be used in cars.

In other words, the impossible is in the process of becoming possible. Forever batteries have arrived.

But… unbelievably… QuantumScape stock is far from the only solid-state battery stock out there with millionaire-maker potential.

Solid-state batteries are the future, and they represent one of the most promising technological breakthroughs of the 2020s.

Most people think of SSBs as driving forward the EV Revolution. And they will – but they’re about so much more than that. Pretty much everything you use every day — your electric vehicle, your smartphone, and your laptop – are all built on lithium-ion batteries. The solid-state battery will revolutionize all those devices, not just EVs.

This is a multi-TRILLION-dollar revolution in the making.

Some of the stock market’s biggest winners in the 2020s will be SSB-makers.

QuantumScape stock projects as one of those mega-winners. But it won’t be alone, and in fact, it may not even be the biggest winner…

Rather, that title is reserved for the tiny, little-known $3 stock I was telling you about at the top of this note.

It’s trading for less than the price of a coffee, yet this company could potentially change the world over the next decade.

Recently, during a presentation at the landmark Hudson Theater in Southern California, I told a group of 60 people all about this tiny tech stock and its enormous upside potential.

We recorded that event so you could still snag a front-row seat to learning about the tiny company at the epicenter of one of the biggest technological revolutions of our lifetimes.