SOFI Stock: SoFi Gets Bank License, But That’s Not Really a Good Thing


Like so many special purpose acquisition companies (SPACs), SoFi Technologies (NASDAQ:SOFI) stock has been a volatile one. Shares initially popped to $25 as excitement grew for the well-known FinTech firm. 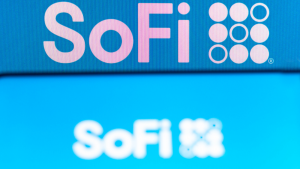 This also came during a time when entrepreneur Chamath Palihapitiya was on a massive winning streak with his SPAC deals. So in that environment, SoFi was a hot property. Since then, however, SPACs have crashed, with Palihapitiya’s deals in particular imploding. For example, once popular insurance play Clover Health (NASDAQ:CLOV) has plunged to less than $3 per share. That’s a more than 70% loss for traders that bought that Palihapitiya SPAC at the opening $10 price.

In fact, given the rough market out there, it’s a bit surprising that SOFI stock is still hanging on above the $10 mark. Part of that resilience might come from the bank’s recently-granted banking license. However, as you’ll see, this is hardly something that bulls should get too excited about. Here’s why.

Banks Get Much Lower Valuations Than FinTech

Bulls might push back on this article’s headline. It’s been part of SoFi’s long-term business strategy to become a bank. And we weren’t sure how regulators would feel about giving it an approval. So, actually getting it done has to be good news, right?

The downside, however, is two-fold. For one, if you value SOFI stock like a bank, rather than a FinTech company, shares look egregiously overpriced.

Normally, banks are valued on some combination of their earnings per share, their book value, their return on equity (ROE), and their dividend yield. Here, SOFI stock has many flaws. Given that the company is consistently unprofitable, it has little to offer on most of these metrics. There are no positive earnings, the ROE is negative, and of course there’s no dividend yield.

The only traditional bank metric where SoFi has a positive value is on book value. There, SOFI stock is backed by $5.31 per share of assets. This puts SoFi shares at more than 2x book value. I’d only pay that sort of figure for the best of the best in terms of the nation’s banks. SoFi, by contrast, isn’t even particularly close to profitability, let alone earning attractive returns on capital.

For a bank that is losing large sums of money, I’d only pay a significant discount to book value. That would result in a price target well below $5/share for SOFI stock. When I buy banks, I look to pay 15x earnings or less, get a decent dividend yield, and see an ROE above 10%. SoFi won’t be able to deliver these desirable bank metrics for many years, if ever.

Hard To Use Squishy Valuation Multiples On Banks

A SoFi fan might try to argue that the company should be valued based on revenues, or on earnings before interest, taxes, depreciation, and amortization (EBITDA). For a FinTech company, you might be able to make that argument.

However, it’s simply not sound to use these metrics on a bank. A bank — any bank — can raise its revenues dramatically by making lower-quality loans. If you approve all the loans that show up at your office, you will have massive revenue growth. For awhile. And then when those dodgy loans go bad, you go bankrupt. See all the subprime lenders from 2003 to 2008 for an example of what happens when lending firms prioritize top-line growth at all costs.

EBITDA is also a pointless metric for a bank. It’s right there in the name; EBITDA excludes interest. That makes sense for comparing certain sorts of companies, where interest may be very different portions of their capital costs depending on their balance sheets.

In banking, however, interest is a core expense. When you take deposits, you have to pay the savers some interest on their capital. That’s been the central tenet of the banking industry for centuries. It’s nonsensical to keep using massaged metrics such as EBITDA on a banking business.

Additionally, many of the favorable effects of being a FinTech disappear now that SoFi is a bank. For one, it will likely face far higher capital requirements, as regulators put its balance sheet through a fine-toothed comb to ensure that depositors’ funds are safe. Compliance and legal costs are likely to also be far higher, as banks operate under a mountain of paperwork. As SoFi becomes a bank, it loses much of its ability to disrupt the system from outside.

It’s easy to use more optimistic valuation multiples on FinTech companies. People imagine a disruptive future where the new company comes in and overhauls its space.

Over time, however, these grand ambitions often get scaled down. SoFi’s decision to become a bank shows this sort of evolution. SoFi needs to become the very sort of institution that it was supposed to be replacing. Meanwhile, as a bank, it will now be facing off against the likes of JPMorgan Chase (NYSE:JPM) and Bank of America (NYSE:BAC) which spend billions on their technology platforms, possess far more operational scale, and employ the world’s most-qualified lending professionals.

Silicon Valley is good at a lot of things. It’s not proven, however, to be particularly good at actual credit products. The incumbent players are exceptionally-skilled at that game and there are huge barriers to entry. A FinTech company with a great app and marketing plan might be able to make some money.

But as SoFi gets pulled down into the banking trenches against far more established rivals, it will face an uphill slog. Meanwhile, given its lousy operating results, SOFI stock still appears to be dramatically overpriced.

On the date of publication, Ian Bezek did not have (either directly or indirectly) any positions in the securities mentioned in this article. The opinions expressed in this article are those of the writer, subject to the InvestorPlace.com Publishing Guidelines.

Ian Bezek has written more than 1,000 articles for InvestorPlace.com and Seeking Alpha. He also worked as a Junior Analyst for Kerrisdale Capital, a sizable New York City-based hedge fund. You can reach him on Twitter at @irbezek.

7 Earnings Reports to Watch the Week of February 7

SoFi Stock Is Set to Become a Legitimate Financial Powerhouse