‘Slowly But Surely’: How Ryoshi’s Social Experiment In The Form Of Shiba Inu Is Beating Doge And Others 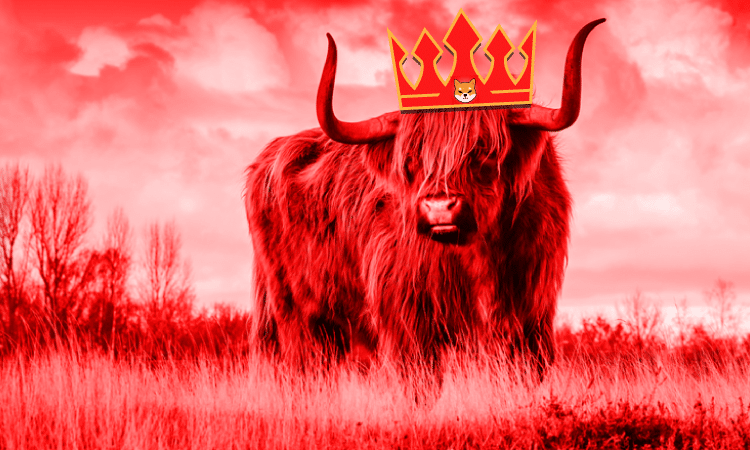 Ryoshi’s experiment of decentralized community building in the shape of Shiba Inu has gained much success. Over 3 million people unite on “Twitter” in the form of a strong community (SHIB Army), while over 1.13 million people hold SHIB with diamond hands, as per etherscan.io data.

At the same time, now over 600 retail businesses, including major business brands like Newegg, NOWPayments, etc., accept SHIB as a payment method worldwide. More than 100 exchanges have listed Shiba Inu, including major exchanges such as Binance, Kraken, Coinbase, Crypto.com, etc.

Shiba Inu achieved a major milestone of hitting 3 million followers on Twitter, the American microblogging platform, just before the release of its major scheduled announcement on March 30th.

This milestone makes Shiba Inu the second most popular dog-themed cryptocurrency on Twitter. It is just 100 thousand followers away to surpass DOGE in terms of Twitter followers, or one can say in popularity. DOGE is currently standing at 3.1 million followers on Twitter.

“Also… Ryoshi Research…. Look how far we have gone with this little social experiment you started.”

Also… @RyoshiResearch …. look how far we have gone with this little social experiment you started 🙂

Launch of SHIB: The Metaverse:

Soon after the Shiba Inu achieved the 3 million Twitter followers milestone, the Shiba Inu team publicly unveiled the launch of SHIB: The Metaverse, which will consist of 100,595 plots of land and four different districts.

SHIB is reportedly going to play many roles in the Metaverse. As explained in the official medium blog post, the first role is that the name “SHIB-The Metaverse” is going to cultivate a strong message that settles the project’s identity.

As per reports, Shiba Lands will have the same burn mechanics as Shiboshis, i.e., renaming the land plot will contribute to Shiba burning. However, as per the official medium blog post, this SHIB burning mechanics will be activated once events and public sales end.

Combining all the above achievements with Whales’ interest, top Ethereum whales are consistently seen gobbling up a large portion of SHIB tokens from the past few weeks, which benefits the SHIB price.

Besides all this, the burning of Shiba Inu has gained momentum as more and more community-led burning initiatives with unique ideas are pouring into the ecosystem to contribute toward SHIB Burn. The official partners of the Shiba Inu ecosystem, i.e., Welly and John Richmonds, are now also contributing towards SHIB Burn via NOWPayments.

Developers are also ready to add Burn Portal into its ShibaSwap v2.0. In addition, they are also reportedly going to implement the burning mechanism in their upcoming projects like Shibarium and Shibanet, except for the game for some unknown reason.

Shiba Community, along with Developers made burning mechanisms, can now burn millions or even billions of SHIB tokens per day.

In the past 24 hours, there have been a total of 160,080,457 $SHIB tokens burned and 23 transactions. Visit https://t.co/t0eRMnyZel to view the overall total of #SHIB tokens burned, circulating supply, and more. #shibarmy

SHIB has much more use cases in its ecosystem than DOGE, and the team continues to add to it. Keeping this fact in mind, Shiba Community might see the Ryoshi Dream turning into Reality very shortly, i.e., while trading below the 1 cent mark, SHIB will be able to kill its rival Dogecoin (DOGE).