Shiba Inu price continues to trade lower but has stabilized relative to the rest of the cryptocurrency market. While the Ichimoku chart shows extremely bearish trading conditions, sellers have been unable or unwilling to capitalize on that weakness.

Shiba Inu price action, from an Ichimoku perspective, is extremely bearish. SHIBA recently confirmed an Ideal Bearish Ichimoku Breakout last Friday (March 4, 2022) and has since traded lower, but not extensively. It is currently just above a prior resistance zone turned support at $0.000022 value area.

$0.000022 is the primary support structure for Shiba Inu price before it would fall, and retest the lows of the January – February range in the $0.000020 price range. Below that, the Volume Profile is nearly empty, suggesting a swift move to the next high Volume Node, which doesn’t appear until0.000008. While a move to that low is unlikely, it remains probable. 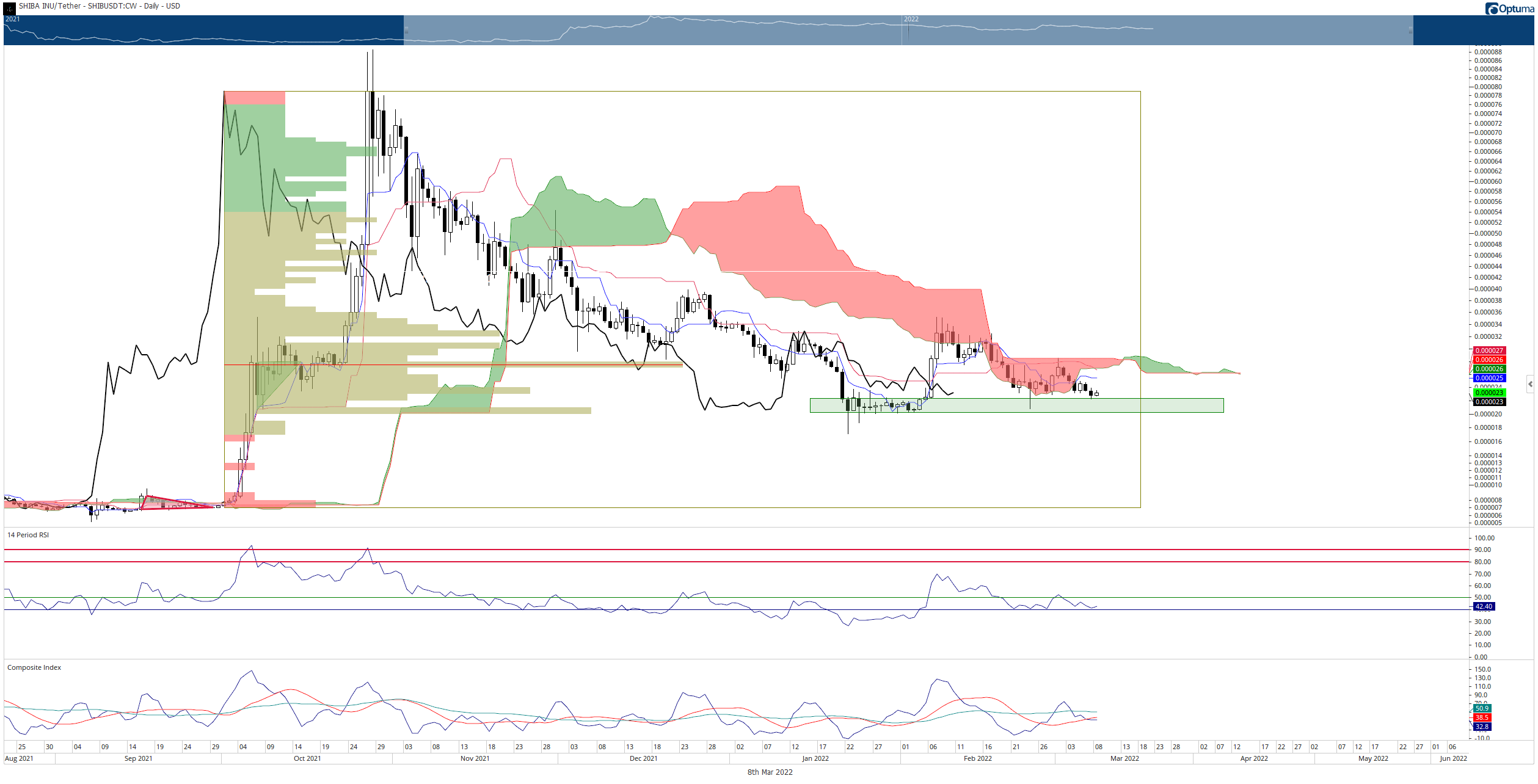 While the daily Ichimoku chart points to a bearish continuation as the most likely direction for Shiba Inu price, the Point and Figure chart shows a different setup. The hypothetical long entry from several weeks ago remains valid.

The hypothetical long entry for Shiba Inu price was a buy stop order on the three-box reversal of Xs that formed off the previous O-column. That entry was triggered at $0.00002800. The entry is still valid. The stop loss is at $0.00001200, and the profit target is $0.0004540. The trade represents a 4.33:1 reward for the risk setup. A trailing stop of two to three boxes would help protect any profit made post entry.

The long trade idea is invalidated if Shiba Inu price falls to $0.000014 or lower before the entry is triggered. However, if SHIBA continues to move lower, the entry and stop-loss move in tandem – but the profit target remains the same.