Shiba Inu price has seen a considerable tightening of its range after setting up a swing high on February 7. In the same duration, SHIB also declined below a crucial barrier briefly, but the recovery seems to be coming along well, signaling the chance of an upswing.

Shiba Inu price dropped roughly 38% since the February 7 swing high at $0.0000352. During this time, the downswing was also accompanied by a tightening of the range. Despite the downswing, the meme coin has tagged the $0.0000223 support level thrice and briefly pushed below it the last two times.

The recovery above this barrier is likely to result in an uptrend that could propel Shiba Inu price by roughly 25%. This move would allow SHIB to tag the weekly resistance barrier at $0.0000283.

While conservatively, this is where the upside will be capped for the Dogecoin-killer, a highly bullish case could see Shiba Inu price extend to tag the next hurdle at $0.0000327, bringing the total ascent to 45%. 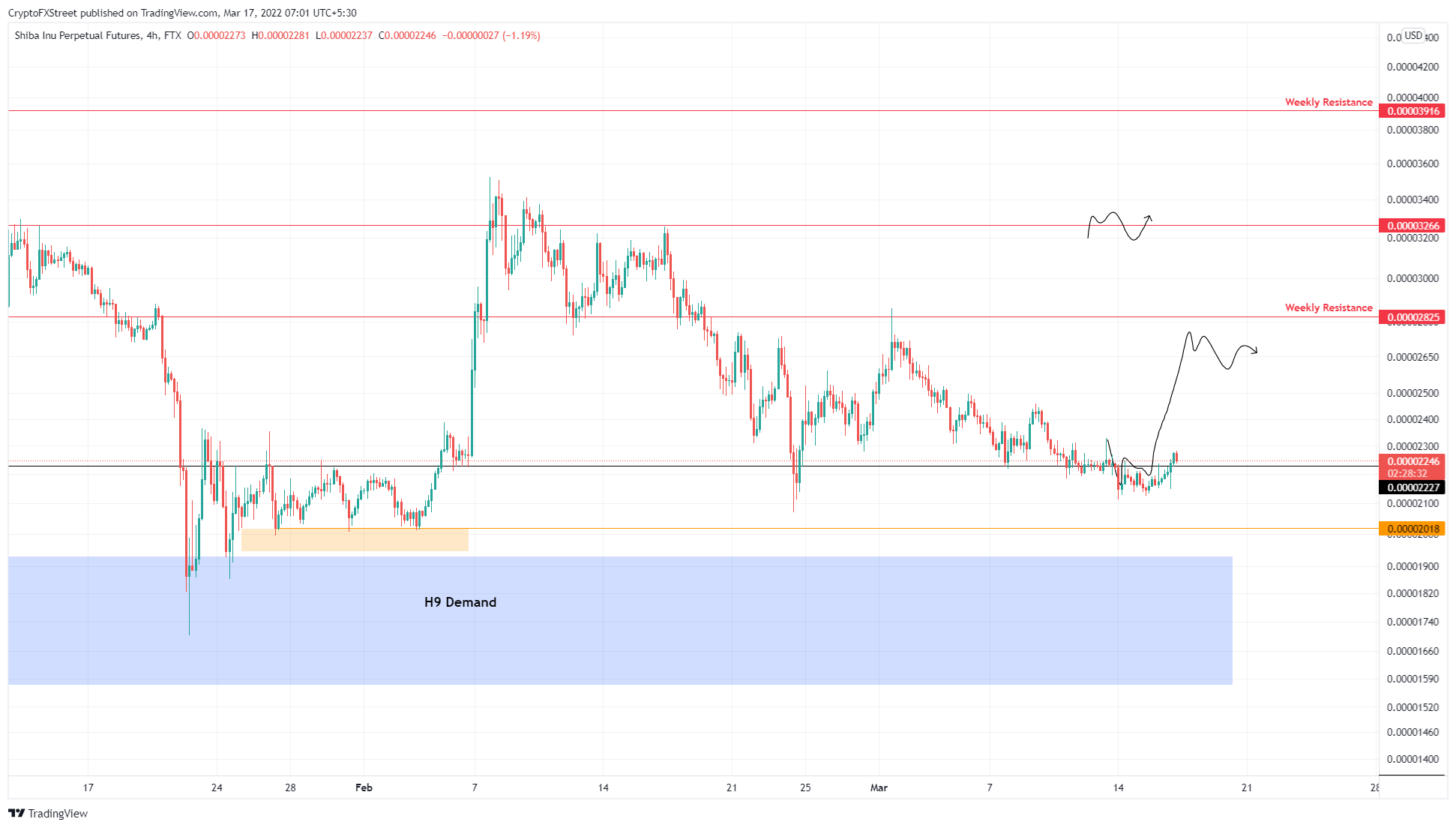 While things are looking up for Shiba Inu price, a lack of bullish momentum could see this optimistic scenario wither out, leading to a steep correction.

Is DKNG Stock a Bet on Web 3.0 Thanks to March Madness NFTs?