Shiba Inu price has been on a downtrend for quite some time and shows no signs of volatility or hint at a reversal. However, these things might change soon as SHIB is at inflection point.

Shiba Inu price dropped 37% after rallying 75%. This uptrend followed by a slow decline took place from early February to March 19. Interestingly, the rally was preceded by a tight consolidation range and the retracement also seems to be creating a similar origin point, suggesting that an explosive move is likely.

Over the past five weeks, SHIB bulls have been getting hammered by a declining trend line connecting the swing highs. As Shiba Inu price trades at $0.0000223, there is a good chance an uptrend could trigger if the bulls shatter through the declining trend line. However, an ideal scenario would include market makers pushing SHIB below the $0.0000202 support level to collect liquidity before heading higher.

Regardless of where the uptrend originates, investors can expect SHIB to make a run for the immediate resistance barrier at $0.0000283. From the current position, this move would constitute a 25% ascent but from $0.0000202 it would represent a 40% gain. 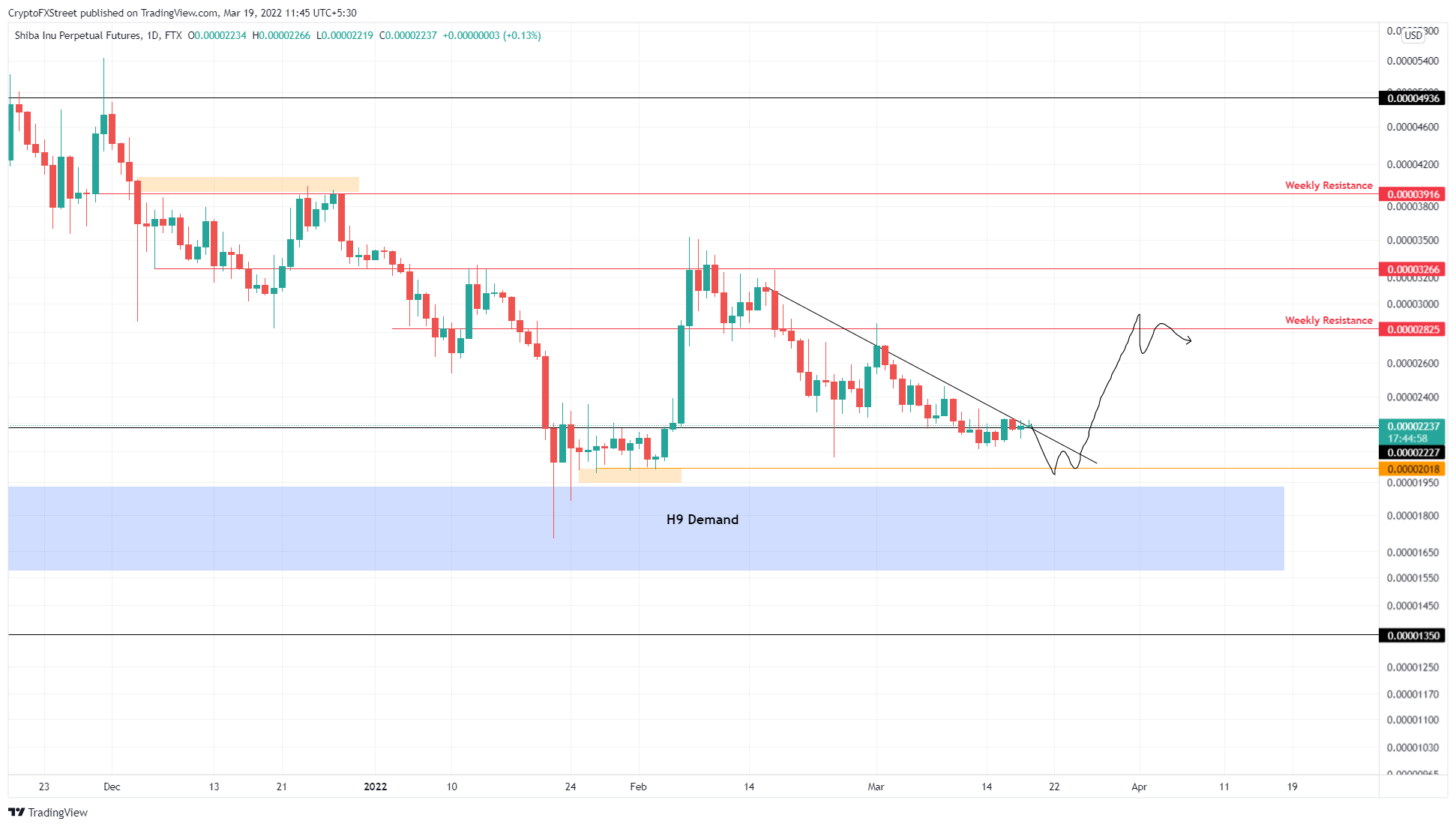 While Shiba Inu price looks ready for a move higher, the market makers could delay the rally. A decisive close below $0.0000202 will indicate that a further down move is likely. In such a case, the buyers have another chance at a comeback around the nine-hour demand zone, extending from $0.0000158 to $0.0000193.

However, a daily candlestick close below $0.0000158 will invalidate the bullish thesis for SHIB.

7 “A”-Rated Stocks to Ground Your Portfolio