In prior InvestorPlace articles about the speculative cryptocurrency Shiba Inu (CCC:SHIB-USD), I transitioned my opinion from one of dismissiveness to a platform of speculation. 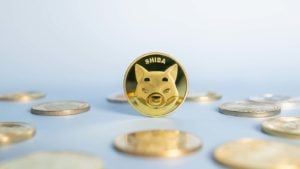 People enjoy buying lottery tickets, even though the chance of winning a major jackpot is infinitesimally slim. Still, no one’s bashing the lottery the way they bash SHIB.

Who am I to judge what you do in your domain? So long as you’re not infringing on other people’s rights, if you want to blow up your trading account with Shiba Inu, you have that choice.

But could there be a fundamental reason to acquire this meme token, one that doesn’t involve exploiting the psychologically unwell that appear so prominent in the Shiba Inu community? It’s a long shot but there might be an overlooked opportunity, at least overlooked from a skeptic’s point of view, and that opportunity is the metaverse.

Shiba Inu and the Metaverse

In other stories, I’ve explained the metaverse as the culmination of a digital evolution. First, you had the internet, which allowed computers to connect to one another. Later, the internet became much more accessible through the rise of digital ecosystems and economies. Now, through advanced technologies such as virtual and augmented reality, you can connect “yourself” to the internet.

Basically, it’s the uploading of your personality. When I read Brian X. Chen’s detailed explanation of the metaverse for the New York Times, I was pleased to find that our definitions more or less align.

However, knowing about a subject is radically different from embracing it. I find the metaverse to be a ridiculous idea. If I really want to interact with someone, I’ll do so in person. Nevertheless, arguably most people don’t share my opinion, certainly not the folks who advocate for Shiba Inu.

While SHIB didn’t jump right away on the burgeoning intersection between video games and the metaverse, its development team has been inking deals, implying that Shiba Inu will make up for lost time. Perhaps in the near future, we may find SHIB being one of the favored tokens in the metaverse gaming ecosystem.

Though this transition may be lucrative enough for Shiba Inu, I speculate — let me repeat, I speculate — that it could also play a role in the retirement industry.

Few people will say that the coronavirus pandemic has been a blessing for their lives. At the same time, millions of Americans have benefitted from the mass work-from-home experiment.

In part, this dynamic fueled the raging housing boom since people from high-income markets can relocate to cheaper rural areas while still being connected to their paychecks.

I imagine that a similar situation is playing out in the retirement industry. If family were no concern, retirees would leave states with high costs of living such as California or New York and migrate to other parts of the country — or even leave the country altogether.

One of the reasons why such a move is difficult is family. When you’ve lived with certain people your whole life, it’s difficult to just get up and go. However, the metaverse could provide an interesting alternative.

Assuming the technology undergirding the metaverse continues to expand, we could find ourselves in a paradigm where virtual interactions are awfully similar looking to their real counterpart. In that case, retirees would feel more comfortable making the smarter financial decision while still being connected to family.

As I said, it’s a long shot but that’s the direction the Shiba Inu team could take its network.

Having said all that, you shouldn’t buy Shiba Inu simply based on the retirement speculation. Heck, many financial analysts will argue that you shouldn’t buy SHIB at all. Since this is an incredibly risky token, I can’t pound the table on it.

Even with the metaverse angle, I’m not sure if I will ever view the canine-inspired meme as anything other than a gamble. However, if you happen to be a gambler, it’s possible that there could be some substance here.

3 Cheap Stocks to Buy Now Before They Take Back Off