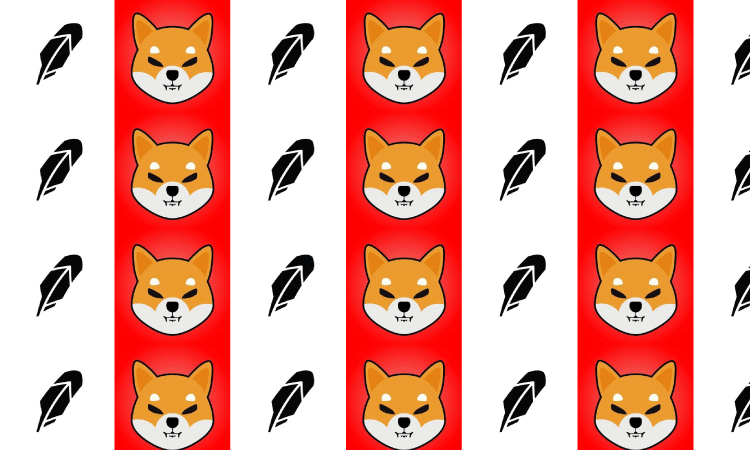 After Biden Crypto order and Robinhood wallets in the testing phase, the exchange has no excuse not to list Shiba Inu.

This year, the retail trading platform Robinhood disclosed that it would not be adding new cryptocurrencies, including Shiba Inu (SHIB), anytime soon due to a lack of regulatory clarity in the digital currency industry.

The company announced the unfortunate development through comments made by Jason Warnick, its Chief Financial Officer, during a Wall Street Journal (WSJ) virtual CFO summit in January.

With this directive, it is clear that the United States is poised to have more apparent regulation for its cryptocurrency industry. It considers the asset class as the currency for the future.

Now that the U.S. is determined to take a more transparent approach toward the nascent industry, it seems like the right time for Robinhood to list Shiba Inu and other digital currencies.

In recent times, Robinhood users have made several calls to the investment platform to list the cryptocurrency for trading as momentum for the popular dog-themed cryptocurrency continues to gain traction.

Shiba Inu does not only have a solid community behind the project; the cryptocurrency is among the most popular coins in the past year, with its adoption skyrocketing beyond expectations.

It is worth noting that listing Shiba Inu on Robinhood will benefit both the trading platform and the SHIBArmy in diverse ways.

Should Shiba Inu go live on Robinhood, the platform will experience an influx of new users who have been waiting for an opportunity to get a piece of the SHIB action on the popular investment app, a move that could see Robinhood record major profits via trading fees.

On the other hand, the widespread adoption prompted by the listing of Shiba Inu on Robinhood could bolster the token’s value too high levels, which is the expectation of every SHIB holder.

While it is not sure when Robinhood will list Shiba Inu, it is expected that it will not take long before an official announcement is made toward the development, as the United States has taken necessary steps to provide regulatory clarity.

Meanwhile, it has been speculated that one of the reasons Robinhood is yet to list Shiba Inu is the delay in the rollout of the online trading platform’s cryptocurrency wallet.

Recall that in January, Robinhood launched a public beta of its crypto wallet to be tested by 1,000 clients. The firm also noted that it will be increasing the number of clients that will trial the wallet to 10,000 this month.

Hopefully, when the wallet passes all required tests and officially makes its debut in the market, Robinhood may decide to add Shiba Inu to its list of offerings even before the publication of regulatory guidelines for the crypto sector.