Shareholders of Nio (NYSE:NIO) are on high alert as the electric vehicle (EV) maker has confirmed that it will report Q4 earnings after the bell today. NIO stock is currently down more than 30% year-to-date as supply chain issues and rising interest rates loom. In addition, Nio investors have been threatened by a possible delisting from U.S. exchanges, which has also hurt shares. As a result, Nio’s fourth-quarter results will mark a major catalyst for the China-based company. Let’s take a look at three things that investors should watch when Nio reports earnings today. 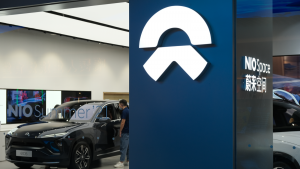 Furthermore, InvestorPlace’s Luke Lango reports that EV sales in China are currently in high demand. In January, more than 370,000 EVs were registered, which was up 115% YOY. China has also announced that it will extend its EV subsidy program until 2025, which should help drive up demand as well. Additionally, like in the U.S., gas prices are rising higher in China.

The high demand for EVs and the subsidy program in China should help Nio report impressive delivery guidance. During the company’s last earnings report, Nio disclosed delivery and revenue guidance, so investors should expect to see the same this time. Nio reported in its Q3 earnings that it expects to deliver between 23,500 and 25,500 vehicles during Q4.