MULN Stock is a Sleeper EV Play That May Surprise You

It’s not often you see performance like that of Mullen Automotive (NASDAQ:MULN) stock. One month ago, shares of the electric vehicle (EV) maker hit a low of 52 cents. Today, MULN stock sits 477% higher at $3 a share after retail investors poured in. 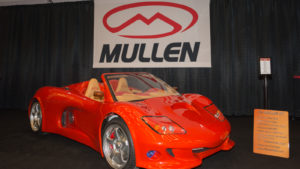 Yet, shares are down 43% year to date and 71% since Mullen went public via a reverse merger with Net Element in early November.

The volatility in MULN stock is par for the course for an EV play. Last year, EV stocks were so hot companies were merging with special purpose acquisition companies (SPAC) and going public with multibillion-dollar market caps that rivaled those of legacy automakers. But as fear of inflation and higher interest rates roiled the market, money quickly rotated out of growth plays, including high-flying EV stocks.

Even with the sell-off, I have been writing for months now about how ridiculously overpriced most EV stocks are. While there’s no shortage of hype surrounding names like Tesla (NASDAQ:TSLA) and Lucid Group (NASDAQ:LCID), it takes more than selling a cool car to make it in the automotive business long term.

Mullen Automotive is a bit different, though. It has a market cap of just $105 million and doesn’t make headlines often. But MULN stock could just be the sleeper EV play that surprises investors.

Amid all the headlines about sexy, new companies making sexy, new electric vehicles, the media and investors may have glossed over a real-world challenge to EV adoption.

As Bloomberg’s Liam Denning points out, around two-thirds of U.S. states have laws on the books that prohibit or limit direct sales by automakers. Instead, they require vehicles to be sold and serviced through independent franchises.

Meanwhile, Tesla and other EV makers have sought to sell their vehicles directly to consumers. Denning notes that EV penetration is higher in states without such dealership laws.

“Dealership laws have helped traditional automakers by acting as a brake on EV startups. But as those startups surpass incumbents in valuation anyway and start changing the way cars are sold and serviced, the laws begin to look less like a defensive moat and more like a restrictive wall,” Denning concludes.

Mullen, of course, is subject to these laws as well, but I wouldn’t necessarily lump it in with the other still-overpriced, big-name EV makers.

Mullen is not a new EV company. It was founded in 2014 when Mullen Motor Cars and CODA Automotive merged.

Mullen has factories to build its electric SUV crossover, the Mullen Five, with deliveries expected to begin in the second quarter of 2024. The Five has a 325-mile range and a limited top speed of 155 mph. With a $55,000 starting price, it’s competitively priced yet costly enough that high-income buyers won’t be put off by the price.

Mullen also has electric commercial fleet and cargo vans in the mix. And it plans to launch a high-performance electric sports car called the DragonFLY.

What sets Mullen apart, though, is that it hasn’t been trying to capture headlines. It has quietly gone about finding factories to build its cars.

Management seems to understand that publicity only gets you so far in the car world. You have to deliver a well-engineered, quality product or all the publicity in the world doesn’t do you much good.

The Bottom Line on MULN Stock

If you want to take a shot at a U.S. EV firm that has taken the serious path to building a business in this sector, MULN stock is a good choice right now.

On the date of publication, GS Early did not have (either directly or indirectly) any positions in the securities mentioned in this article. The opinions expressed in this article are those of the writer, subject to the InvestorPlace.com Publishing Guidelines.

SHIBA INU HOLDERS IF YOU HOLD 1 MILLION 🔥 GREAT NEWS FOR YOU!