Today, one of the biggest movers in the market is Marygold Companies (NYSEAMERICAN:MGLD). Currently, MGLD stock has rocketed more than 150% higher at the time of this writing. However, at one point today, the stock saw a whopping 200%-plus jump over yesterday’s close. 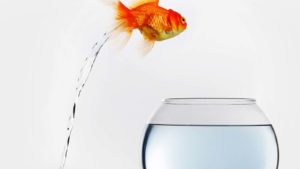 Earlier today, InvestorPlace contributor William White briefed on Marygold being one of the biggest pre-market movers. In fact, the company topped the list of stocks to watch at the time. But the continued move higher following this pre-market price action is even more impressive.

As previously noted, much of this move relates to Marygold’s completion of its uplisting to the NYSE American Exchange. Any time a stock moves from the pink sheets to a major exchange, investors tend to cheer. That said, this is quite the entrance for a company going from the farm team to the big leagues.

Let’s dive into some of the key aspects of the MGLD stock uplisting that investors appear to be focused on right now.

First of all, Marygold Companies is a completely new name many investors may not be aware of. That’s because its the new corporate name for Concierge Technologies, a diversified global holding firm. Previously, Concierge had difficulty gaining traction. The hope is this rebranding effort will better reflect its holdings. What’s more, the uplisting should provide more in the way of investor attention and liquidity for MGLD stock.

As part of this announcement, Marygold also announced an underwritten public offering to sell 1.65 million shares at $2 apiece. This $3.3 million offering will provide funds that the company intends to use for general corporate purposes.

Long-term investors may like a number of aspects of this move. An uplisting is always a good thing, as is more growth capital. Plus, rebranding can provide clarity to investors. These three positive attributes of today’s announcement appear to have many investors excited about this small-cap stock. Accordingly, MGLD will be one to watch from here.

On the date of publication, Chris MacDonald did not hold (either directly or indirectly) any positions in the securities mentioned in this article. The opinions expressed in this article are those of the writer, subject to the InvestorPlace.com Publishing Guidelines.

Chris MacDonald’s love for investing led him to pursue an MBA in Finance and take on a number of management roles in corporate finance and venture capital over the past 15 years. His experience as a financial analyst in the past, coupled with his fervor for finding undervalued growth opportunities, contribute to his conservative, long-term investing perspective.