A massive Shiba Inu accumulation is ongoing as a result of the upcoming march 30th shiba inu team announcement.

Over 622.05 billion SHIB tokens worth $16.72 million have been accumulated by three top Ethereum (ETH) whales in a total of 4 transactions within the last 24 hours. 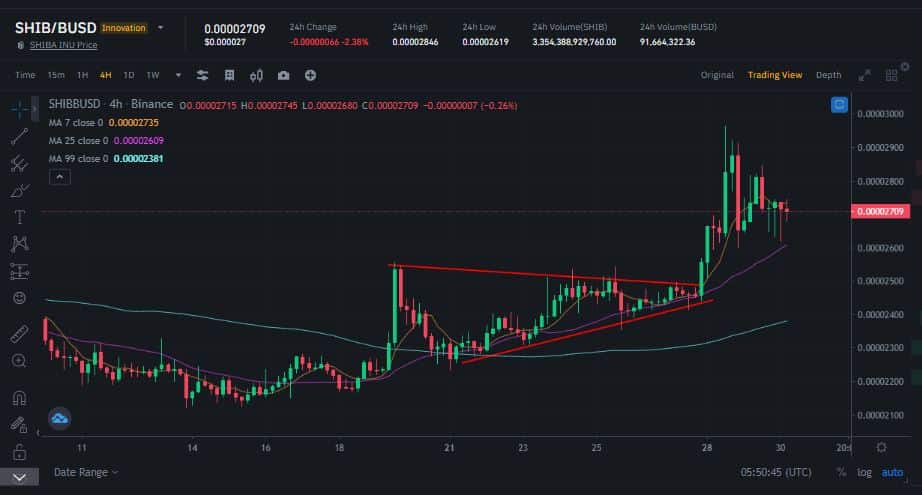 After a bullish pattern, top ETH whales became active and prepared themselves for a new leg higher in the coming days or weeks.

The tale of SHIB accumulation is not over yet.

As per recent data provided by WhaleStats, the above aggressive accumulation from Whales led SHIB to become the 4th biggest purchased token among the top 500 biggest Ethereum (ETH) whales in the last 24 hours.

Such aggressive accumulation also hints that whales are hoping for something massive from the Shiba team’s official announcement on March 30th.

Shiba Inu Gears Up For A Major Announcement