Is Shiba Inu Winning as a Payment Method?

Shiba Inu ( SHIB -2.20% ) won last year when it came to market performance. This popular meme token soared a mind-boggling 45,000,000%. What drove gains? Mainly support from Shiba Inu’s community — a group of loyal followers known as the Shib Army. A general interest in up-and-coming tokens using the Shiba Inu dog as a mascot also helped. And finally, any news on merchants accepting Shiba Inu as a payment method boosted the value of this crypto player.

Speaking of payment methods, recently AMC Entertainment followed through on its earlier promise to accept Shiba Inu. The movie theater chain announced that it now accepts Shiba Inu for online payments. Could Shiba Inu win as a payment method — and could that be its next growth engine? 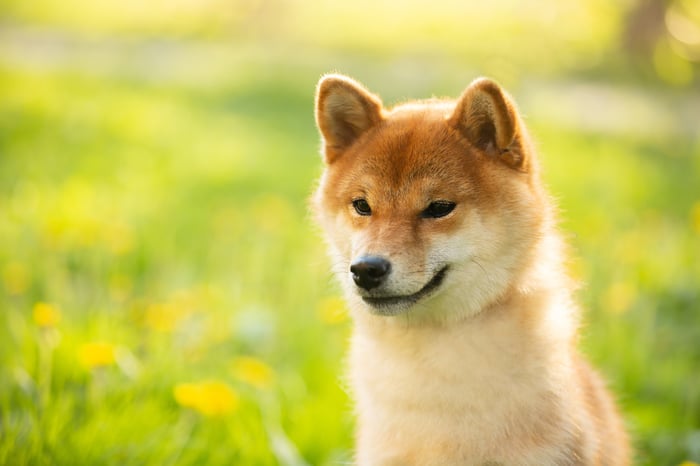 First, let’s take a look at where things stand right now for Shiba Inu in this area. As mentioned, AMC now accepts the token. And late last year, a deal with digital-payment app Flexa offered Shiba Inu a huge boost in this area. Previously, only a few hundred merchants accepted Shiba Inu. Through the Flexa agreement, you can pay with Shiba Inu at more than 40,000 merchants, including physical stores, across the U.S. These include major retailers that use the Flexa system, such as Bed Bath & Beyond and Nordstrom, according to an article on Forkast.

This is positive news for Shiba Inu. It broadens the real-world use potential of the cryptocurrency. But here’s why I don’t think it will drive gains in this crypto player: It doesn’t set Shiba Inu apart from rivals. It isn’t the only cryptocurrency you can use at these merchants. AMC, for example, also accepts Bitcoin and Ethereum, among others. The Flexa platform works with dozens of other digital tokens — so Shiba Inu isn’t unique there either. All of this means there isn’t any particular reason to stock up on Shiba Inu to use as a payment method. You could just as easily pay with many other digital currencies.

And here’s why that’s a problem for Shiba Inu. Right now, Shiba Inu’s uses are limited. The token is used for payment, staking, or trading. It isn’t a blockchain where you can build decentralized applications (dApps). It’s simply a token built on Ethereum. Shiba Inu is making efforts to grow. It’s working on a layer-2 solution that would offer it independence from Ethereum and the congestion and costs of using that blockchain. Shiba Inu is also set to launch its own metaverse.

But these moves, too, don’t help Shiba Inu stand out from the crowd. Other cryptocurrencies are also building scaling solutions. And many — such as Decentraland, for example — have already made great gains in the metaverse.

So, Shiba Inu may advance in various areas, including payments. But if it can’t find a way to differentiate itself from the thousands of cryptocurrencies out there, major gains for this cryptocurrency may be a thing of the past.