Is Shiba Inu Ready for a Bull Run?

Shiba Inu (CRYPTO:SHIB), the top-performing cryptocurrency in 2021, skyrocketed more than 40,000,000% during the year. Meme-stock mania carried over to digital assets, pushing the prices of some tokens to new heights for no fundamental reason. Profit-seeking investors want a repeat performance this year.

With Shiba Inu down 30% so far in 2022 (as of March 9), some speculators might be hoping for a quick bull run that turns things around. Wild price swings are normal when it comes to cryptocurrencies, and as a result, people are tempted to try and time the market. This is a losing game, especially with a cryptocurrency like Shiba Inu, whose future is questionable.

The dog-inspired meme token is best avoided. Here’s why. 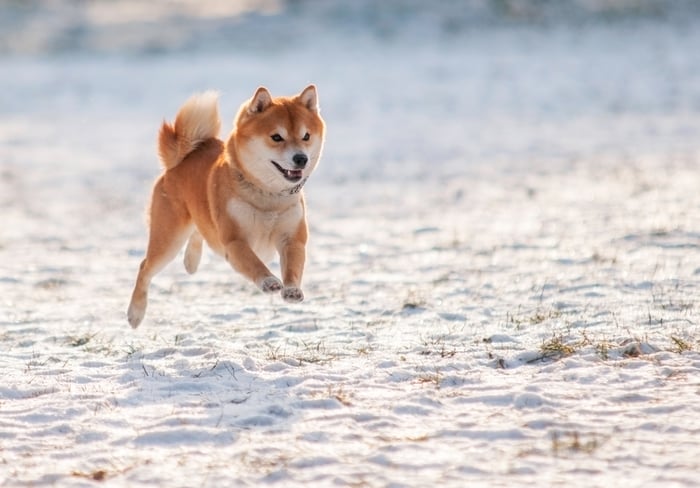 Shiba Inu is a token that is compatible with the Ethereum (CRYPTO: ETH) network, meaning that it has exposure to the Ethereum ecosystem, which includes availability on popular wallets and decentralized applications (dApps). However, Shiba Inu is constrained by the same issues facing the world’s second most valuable cryptocurrency. These center around slow transaction processing times and high fees.

The developers at Shiba Inu have a layer-2 solution in the works, called Shibarium, to help speed up transactions and lower costs. If implemented without any major hiccups, Shiba Inu’s network could introduce gaming and metaverse applications, building much-needed utility into the system.

Solving the scalability issue is probably the most important topic in the crypto world today, with the smartest minds working on the problem. I’m skeptical that Shiba Inu, with its lack of differentiation and resources, could make a huge breakthrough here. Even if it does, there are already popular gaming and metaverse options bringing in capital.

Nonetheless, the possible introduction of Shibarium, as well as a potential listing on the Robinhood Markets app, could be catalysts that push SHIB’s price higher in the near term. This isn’t a bet that I’m willing to take.

In my opinion, the viability and staying power of a cryptocurrency depend on its potential to create real-world utility. Shiba Inu seriously lags behind other projects, particularly Ethereum, in that space. Developers and users will continue to be attracted to larger and more proven blockchains, ultimately leaving Shiba Inu in the dust.

The fear of missing out, or FOMO, is something that investors constantly struggle with, especially in today’s digitally connected age. We hear others talk about making money from investing in certain stocks or cryptocurrencies. We then feel the need to jump right in as well. News flash: Copying what everyone else is doing is not a viable investment strategy.

The feeling of FOMO is exacerbated in the world of cryptocurrencies, where massive price swings in excess of 20% can happen on any given day. There is no shortage of stories out there about people who became millionaires overnight because of a lucky bet on some digital asset. Like Shiba Inu in 2021, meme tokens definitely encourage this type of behavior.

But as I touched on above, a project like Ethereum is a much better place to park your capital for the long term. It is already making great strides in introducing various decentralized applications (dApps), like decentralized finance services, which bring in more users. This money inflow leads to more developers working on Ethereum in a virtuous cycle. Shiba Inu can’t compete with this momentum.

I certainly wouldn’t be able to invest a portion of my life savings into a cryptocurrency that lacks a competitive advantage, has no real-world utility, and was created based on a meme. I think other investors would be wise to adopt this same philosophy.

Shiba Inu Profitability Drops to 35% But Whales Are Undeterred: Details