Is Shiba Inu an Answer to Inflation? It Might Be in 1 Country

Inflation is once again a major problem. Just go to a grocery store, restaurant, or especially a gas station.

In the U.S., all eyes are on the Federal Reserve Board to fight the rise of inflation. The Fed’s biggest weapon in this battle is the power to raise interest rates.

It’s a safe bet that Shiba Inu ( SHIB -1.13% ) isn’t discussed in any of the Fed’s meetings. Most people would think even the idea would be silly. But could the meme coin be the answer to inflation — or at least a part of the answer? It might be in one country.

If you think inflation is bad in the U.S., you’ll probably be appalled by how much prices have skyrocketed in Turkey. In February, Turkey’s inflation rate reached a whopping 54.4%, according to the Turkish Statistical Institute.

Last month alone, the prices of consumer goods in Turkey jumped 4.81% above levels in January. The country’s producer price index, a measurement of average price changes that domestic producers receive for their products, vaulted 7.22% higher month over month. The producer price index in Turkey has more than doubled over the past 12 months.

Like the U.S., Turkey has experienced pain at the pump. Rising oil prices have been a significant factor in driving the country’s inflation rate higher. Russia’s invasion of Ukraine has also resulted in commodity prices increasing significantly.

Turkey has had high inflation in the past. However, the current dynamics have pushed the country’s inflation rate to the highest point in 20 years. 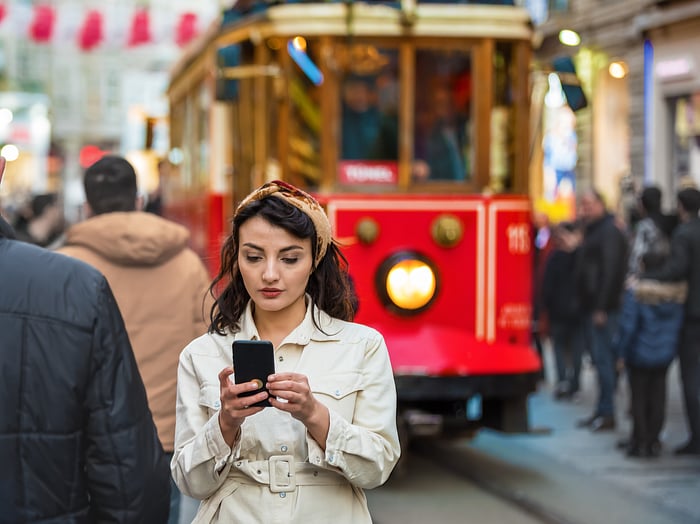 Shiba Inu to the rescue?

Is Turkey taking a similar path as the U.S. by raising interest rates to combat inflation? Nope. The country has actually cut interest rates. But there’s an even bigger twist with Turkey’s inflation strategy.

Turkish President Recep Tayyip Erdoğan supports the adoption of cryptocurrencies throughout his country. And last week, Mustafa Elitaş, an influential member of the Turkish Grand National Assembly and former minister of economy, met with a member of the “SHIB Army” to discuss Shiba Inu.

How could Shiba Inu play a part in Turkey’s fight against inflation? Some view cryptocurrencies as a potential inflation hedge. Turkish citizens have reportedly flocked especially to Bitcoin and Tether, the most widely adopted stablecoin in the world.

But Shiba Inu appears to be gaining even more traction in Turkey than Bitcoin. There are a couple of likely reasons behind this. First, the token is much cheaper than Bitcoin and competing altcoins. Second, major Turkish cryptocurrency exchange Bitexen listed Shiba Inu in January along with five other digital tokens.

Shiba Inu investors probably shouldn’t have too high expectations with these latest developments. Turkey doesn’t appear to be on a path to adopt Shiba Inu as a legal tender. There is also still no support of the token by the Turkish government in any way.

The bottom line is that Shiba Inu could play a role in Turkey’s fight against inflation, albeit in an unofficial capacity. It’s not likely that the token will receive a huge bump as a result, though.

Shiba Inu investors could have other reasons to be cautiously optimistic, though. For example, the inclusion of a burning mechanism in the forthcoming ShibaSwap 2.0 decentralized cryptocurrency exchange could be a key catalyst. The launch of the Shibarium layer-2 solution could also provide a spark. With prices of nearly everything else rising, Shiba Inu’s price could be on the move as well.

This Under-the-Radar Cryptocurrency Could Be the Next Shiba Inu