Global movie-theater chain AMC Entertainment (NYSE:AMC) was definitely not one of the winners on Wall Street as the Covid-19 pandemic took hold a couple of years ago. However, AMC stock made a powerful comeback as Reddit traders enacted a short squeeze on it. 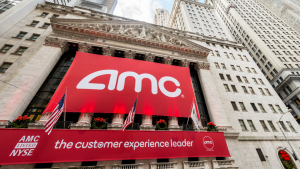 You might see headlines asking whether the meme-stock trade is back in 2022. Maybe it is, or maybe it’s not. Either way, there’s no need to obsess over meme-stock dreams.

There are reasons to consider investing in AMC Entertainment which have nothing to do with memes or Reddit. So, let’s explore the company’s surprisingly impressive financial stats, plus a move into a sector you probably didn’t expect from a movie-theater chain.

If AMC stock is going to revisit the $60s someday, it should happen because the company’s doing better financially, not because Reddit users are interested in it.

On March 7, AMC Entertainment announced that its theaters enjoyed their third-best-attended weekend in two years. Globally, the company sold over 4 million tickets during the Thursday-through-Sunday weekend.

This result was prompted by a release of a popular Batman movie. It suggests that, despite the persistence of Covid-19, people are still going out to movie theaters.

For more evidence of this, consider that AMC Entertainment’s total revenue for 2021’s fourth quarter increased to nearly $1.2 billion, from just $162.5 million in the year-earlier quarter.

Furthermore, 100% of AMC Entertainment’s domestic theaters were opened and operating as of Dec. 31, 2021.

Going for the Gold

Now, here’s something that AMC Entertainment’s longtime investors probably didn’t expect. The company, believe it or not, is making a foray into precious-metals mining.

Along with that sizable stake, AMC Entertainment will receive an additional 23.4 million warrants in Hycroft, priced at $1.07 per share.

Why is the company making this investment? AMC Entertainment Chairman and CEO Adam Aron shed some light on this topic, saying, “Our strategic investment being announced today is the result of our having identified a company in an unrelated industry that appears to be just like AMC of a year ago.”

That’s an interesting perspective. Is Aron suggesting that Hycroft is a distressed business that’s on the comeback trail?

At the very least, AMC Entertainment’s position in Hycroft will diversify the movie-theater chain’s holdings. This could help to stabilize the company’s finances, long-term.

What You Can Do Now

Today’s informed AMC stockholders will now have to research Hycroft Mining Holding Corporation. Plus, they should learn as much as possible about the gold and silver mining industry generally.

Still, this extra research will be worth the effort. It’s heartening that AMC Entertainment is posting fast-improving financial stats and diversifying its business interests.

Investors who have conducted their due diligence, therefore, are encouraged to pick up a handful of AMC stock shares.

7 Dividend Stocks That Can Withstand Inflation