Has Shiba Inu Jumped the Shark?

In 1976 and 1977, Happy Days ranked as the top television program in the U.S. The next season featured an episode where one of the main characters, Fonzie (played by Henry Winkler), jumped a shark while water-skiing and wearing his trademark leather jacket. Although Happy Days stayed on the air through 1984, its ratings steadily declined after that season.

The term “jumping the shark” was later coined to describe the point when a successful TV show begins a downhill slide into irrelevancy. The phrase eventually has been used in relation to anything that reaches an inflection point where it declines significantly.

And that brings me to Shiba Inu. Has the meme coin jumped the shark? 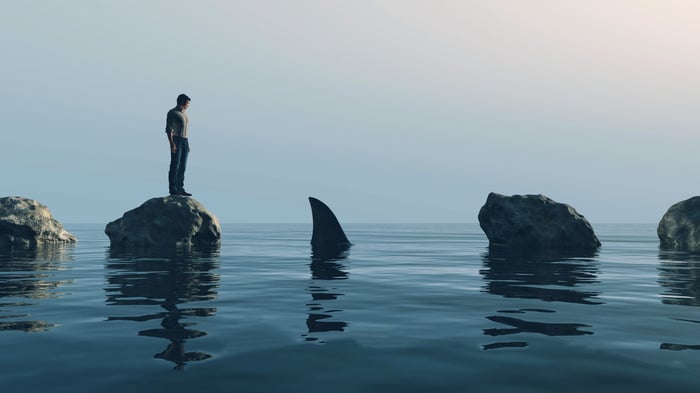 Shiba Inu stood atop the crypto world in 2021. It wasn’t the biggest cryptocurrency based on market cap — that honor still belonged to Bitcoin. However, Shiba Inu managed to crack the top 10 with its market cap moving past $41 billion at one point.

More importantly, no cryptocurrency came close to touching Shiba Inu’s performance. The price of the digital token skyrocketed more than 74,000,000% in 2021 at its peak.

The frenzy over Shiba Inu sometimes bordered on the ridiculous. When Elon Musk merely tweeted a picture of his Shiba Inu puppy, the price of Shiba Inu tokens would jump.

Shiba Inu even gained some credibility in the business world. AMC Entertainment announced in November 2021 that it planned to accept SHIB as an online payment option. The movie-theater chain delivered on its promise earlier this month.

That was then. It’s a different story for Shiba Inu today.

The meme coin has plunged more than 70% from its peak in late October 2021. Shiba Inu’s time in the top 10 cryptocurrencies based on market cap proved to be only fleeting. It’s now No. 15, according to CoinMarketCap. Shiba Inu has even fallen behind its archrival Dogecoin.

What happened? An overall cryptocurrency sell-off played a big role in Shiba Inu’s decline. It’s extremely hard to swim upstream when nearly every other digital token is sinking.

However, Shiba Inu appeared to also be the victim of its own success, to some extent. Its novelty peaked — and then quickly began to fade. Everyone loves a winner as long as the winning continues, but when it stops, those who aren’t diehard supporters tend to hop off the train. Last week, Shiba Inu lost more than 30,000 holders within 24 hours.

One of the best ways to identify what’s hot and what’s not is to look at the search interest over time on Google Trends. It’s abundantly clear that Shiba Inu is no longer a hot search topic.

Has Shiba Inu really jumped the shark? I think it’s too soon to know. To be sure, Shiba Inu isn’t anywhere near its prime in terms of market cap and investor interest. However, we could say the same thing about many other cryptocurrencies.

Some might even argue that Shiba Inu is merely moving into a new season that could usher in even greater success. The new version of the ShibaSwap decentralized crypto exchange will support a burning mechanism — something that investors eagerly await. The anticipated launch of Shibarium, a layer-2 solution, will lower transaction fees. A Shiba Inu metaverse is on the way.

In addition to these developments, there’s a real possibility that the broader crypto market could rebound and lift Shiba Inu in the process. Instead of thinking that Shiba Inu has jumped the shark, we just might be able to soon say that happy days are here again for the digital token.

This Is the Percentage of Shiba Inu Holders Actually Making Money