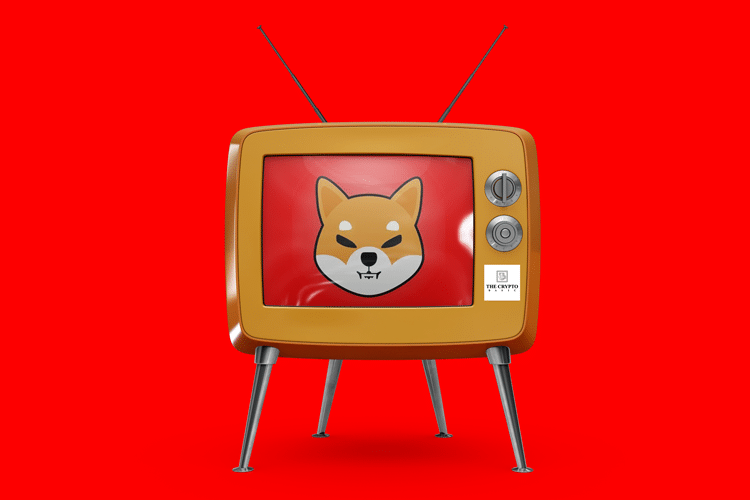 The best way to describe ShibaTV is Decentralization. ShibaTV will be interactive; most of the content will be sent by ShibaTV subscribers as they will be the protagonists. For example, imagine a love show on ShibaTV, would it be fantastic, right? Well, the participants would be members of the ShibArmy. And so, with most of the content we’re going to offer, ShibaTV is ShibArmy TV, and as I always say, many people are from ShibArmy and don’t know it yet.

Q) How did the idea come about?

The idea was born from many events that made it possible for us to be here now. I’m the owner of a Telegram group dedicated to Shiba; it is not official, so we can not reveal much more information, there I met Tomasin and Sergio, I saw that the group sometimes wanted more than we could offer, so we created RadioShiba FM, the thing worked very well. After a while, I got in touch with Xanders; the truth is that we connected great from the beginning; I explained what we were doing. At that moment, everything connected since he was looking for something similar for the official group. So Xanders entered my group for several days, without saying anything, just observing; when I got in touch with him, he told him that I wanted to be a more active part of the community and that he would if he needed help, count on me. So it was, Xanders saw on RadioShibaFM precisely what we wanted to transmit, so I trusted us, and we started working together. Shortly after we learned that a group member was a music producer, Iván Picazo, we connected very well. We decided to have him for both radios, that of the unofficial group and the official Spanishspeaking group. At that moment, in the first official RadioShiba FM, with the ecstasy of the party, we began to create everything, one idea after another, we all put our ideas together while listening to the music of Iván Picazo, and without realizing it, we had created something massive, ShibaTV.

Q) What are the objectives of the ShibaTV project?

The project is divided into 3 phases; the initial phase and the one we are going to talk about now consists of the creation of the ShibaTV, a ShibaTV van that travels the world doing parties and interviews at street level, the creation of stage 1 of the documentary that we are going to record and the acquisition of a place where we will create our television dish. Now, I anticipate my favorite point, ShibaTV, will participate in Esports; we will look for the team that will represent us both FIFA and League Of Legends, and so far, I can count.

Q )How will the project be financially sustained? Does it have any funding?

It is probably the most complex part of the project, which costs the most to plan; ShibaTV does not have any financing; this is the part in which we have to do magic from the beginning. ShibaTV will get money from the Twitch channel, community grants, and the sponsored content that we will take out when the time comes. The accounts of the ShibaTV will be public, and instead of allocating a part in the concept of burning, we will allocate the part that people would use to burn Shiba as a charity, that is, doing social work. The people who created ShibaTV know in good hands the importance of helping others, so it is something that we will keep in mind; it is something that Ryoshi taught us all, no matter who Ryoshi is, he wanted to imply that we were all Ryoshi. The money raised for ShibaTV will go to the growth and development of the phases of ShibaTV, prizes, and raffles for subscribers and social workers; as I said before, the accounts will be public, we will facilitate them so that the community understands that we are not here to make us rich, instead of for Shiba to pass to a physical and real plane and become an essential piece for society.

Q) Whose music will we hear from on ShibaTV?

Great question! Right now, all the music and sounds of ShibaTV are composed by me and my partner Alex (ANDR), who is my second on board in the production department. We are delighted to be able to give sound to everything that is being prepared, but it is very important, we will have the ShibArmy also for it. We want decentralized television. To do this and to break the rules, we are going to perform castings to find those musical talents (or other artistic categories) and offer the opportunity to belong to our team, to be able to show their music on our television and help them find fans, promote themselves, help them with their art … but, I’m getting a lot ahead of myself! I can only say that the music content of ShibaTV will be something exceptional about TV.

Q) Will there be festivals, parties, DJ sessions on ShibaTV?

Yes! Of course! ShibaTV moves! And for that, we have prepared some programs and events to show the most musical and danceable side of ShibaTV. We already saw the importance of music at RadioShibaFM events. We know that Shytoshi is an electronic music lover and has always been in our ShibFest, so that we will take the ShibFest beyond the screens. We will be very soon in the main Spanish-speaking cities to make you dance, do interviews and meet the DJs of the ShibArmy!

Q) What surprises does the production department have in store?

Wow! Hahaha! That’s a lot to ask… surprises are just that, wonders! But I can advance some things that we have not yet taught. The production department not only likes to edit, assemble video, etc. We are lovers of animation. Have we grown up together with the anime generation, Toriyama, Studio Ghibli, and the 90’s anime shows? Do you understand me? That concept is audiovisual and universal, so it was a straightforward decision to carry out the first animation montages of ShibaTV. I also want to say that ShibArmy will be an important part of all this. We want to find illustrators, animation editors, and talents who want to participate in an experiment that we are preparing… very soon, we will give the first news about it!

Q) What will be ShibaTV’s next challenge?

That also seems like a great question to me. ShibaTV right now has an audiovisual format adapted to the now’s technologies. Twitch, YouTube, other audiovisual platforms more specific to documentaries, etc. But ShibaTV is also interactive and participatory. So, one of the coolest phases we have is ShibaTV’s entry into the metaverse! Yes, it is still too early to talk about it thoroughly, but the metaverse provides us with the next level of interactivity with our audience. In future phases of ShibaTV, the metaverse is one of those phases! Can you imagine being on our program in prime time as an audience and being able to interact with the presenters and guests? Participate in contests, games? Or be able to dance with our DJ sessions? I am very proud to be a DJ of the ShibArmy; I hope to be playing live music soon, but I already have my avatar for the metaverse! Woof!!

Q) What programming will Shibatv have?

We will include effective and quality programming from news to sports, help, and interest to Shibarmy, contests, tournaments, competitions, and general interest programming.

Q) How can we see Shibatv?

We will start from less to more; the objective is that when we have all our programming, it covers all time slots.

Q) How to participate or help Shibatv?

To participate in the programming formats of Shiba tv, we can contact you at the following email address…..And to help with simply giving support as part of Shibarmy, subscribing to Twitch, following Shibatv on social networks and contributing your ideas is enough; each person has a different situation, but Shiba tv is for everything Shibarmy.

Q) How will Shiba TV participate in the adoption?

Adoption and expansion will go hand in hand with TV since there will be programs dedicated to it exclusively.

Q) What will Shiba TV be like on the street?

The best word to express it will be… OUTGOING… we will take Shiba Inu for a walk among the society, and we are going to reveal the most impro and spontaneous part of the team.

Q) We have seen that in a survey came out the esports. What do you plan to do with them?

We can only give you two words… “Tournaments and contests”

Q) In which networks can we find Shiba TV?