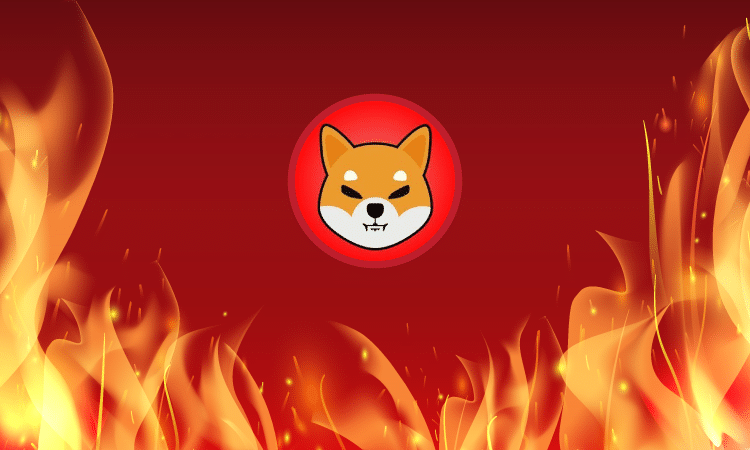 In recent times, many Shiba Inu (SHIB) supporters have expressed displeasure over the project’s team’s consistent promotion of other ecosystem tokens like $LEASH and $BONE.

They believe that the lack of usage of the Shiba Inu native cryptocurrency, SHIB, is one of the reasons why the cryptocurrency has decreased over 73.4% in value since it peaked at an all-time high (ATH) four months ago.

In contrast to this belief, Milkshake, an official member of the Shiba Inu portal stated on Twitter today that the current ecosystem of the project that has seen it utilize $LEASH and $BONE is only presenting a burn opportunity for SHIB. While $LEASH was originally designed as a rebase token with a max supply of 100,000 tokens, $BONE is considered the governance token of Shiba Inu, which has a total supply of 250 million.

“So everything being built by the dev team has a burn opportunity or mechanic going forward and it does surround #SHIB, but also brings a setting in which the circulation is being addressed by a factor of a sustained decrease,” Milkshake said in a Twitter thread.

So everything being built by the dev team has a burn opportunity or mechanic going forward and it does surround #SHIB, but also brings a setting in which the circulation is being addressed by a factor of of a sustained decrease, which is why I’m very excited about #Shibarium.

According to her Burn projects, efforts, and community acknowledgments of reducing the circulating supply for SHIB also aid in the same sustained decrease.

“SHIBARIUM BURNS Imagine you can buy a ticket for $10, $50 in $SHIB (always to burn) No fees! You can always win a discount on our Partnerships or try your luck later! EVERYTHING VERY TRANSPARENT.”

You can always win a discount on our Partnershibs or try your luck later!
EVERYTHING VERY TRANSPARENT

I shared this idea with @ShytoshiKusama a long time ago. I hope it comes true

Following her tweet, much more community member gave their opinions on how to burn and reduce shib total supply.

@OliverBarsby said: “Gotcha- Yeah with Shibarium I imagine you could send it all to one specific wallet, and it runs a smart contract with prizes burns etc automatically – could be very cool”

@ShibWalker said: “1. A Shib version of GoFundMe – donate with Shib only, fee is 10% which is burned. 2. Shib Lotto. Buy lottery tickets before a certain draw date, prize is 50% of total sales, balance of 50% is burned.”

Several members of the SHIBArmy have noted that one of the reasons SHIB is far from hitting 1 cent is a result of its total supply of 1 quadrillion.

Interestingly, the Shiba Inu gave many enthusiasts the perfect news last month by announcing that it would be developing a burn portal in order to reduce the max supply of SHIB.