For blockchain enthusiasts, China-based technology company SOS Limited (NYSE:SOS) might seem like a promising business to invest in. After all, SOS stock could potentially be a multi-bagger if the Bitcoin (BTC-USD) and Ethereum (ETH-USD) prices rise over the coming years. 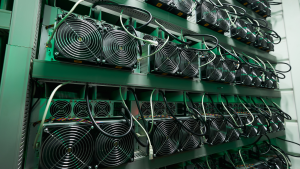 What we’ll also discover, however, is that Reddit users can target a company for a massive short squeeze, but then abandon it soon afterward. This may have happened, unfortunately, with SOS stock.

There are other problems to consider, as well. At the end of the day, you may decide that SOS Limited’s potential for long-term success is, indeed, limited.

A Closer Look at SOS Stock

Reddit users were sometimes known for targeting small to medium size businesses for a short squeeze. They also looked for low-priced stocks with relatively low trading volume. SOS stock apparently met these criteria, and in February 2021, the stock magically rallied to $12.80. However, this melt-up wasn’t really sustainable.

To paraphrase a Benjamin Graham/Warren Buffett quote, “the stock market is a voting machine in the short term, but it’s a weighing machine in the long term.” Thus, short-term sentiment can only drive a stock higher for so long.

It didn’t take very long for the weighing machine to re-value SOS stock back to $1. Indeed, the share price was below $1 by the end of 2021. Fast-forward to March 2022, and SOS Limited shares were trading at around 61 cents apiece. Could lower prices — or even zero — be in store?

Proclaiming that a stock is headed to zero might sound like an exaggeration. Yet, when you’re dealing with risky assets, it’s always a possibility.

A year ago, short seller Hindenburg Research posted a scathing tweet saying, “We are short $SOS, which we believe to be an obvious China-based shell game reanimating the corpse of a former China based company that earlier imploded 90% from its highs.” In case that didn’t sufficiently drive the point home, Hindenburg also stated, “We think SOS is a $0 and has significant regulatory risk.”

When that tweet was posted, SOS stock was trading at $4.77. Zero seemed so far away at that time.

Yet, here we are. It’s March 2022, and the Chinese government is still fiercely cracking down on a broad variety of businesses over cybersecurity concerns. It’s also tightly regulating cryptocurrency.

And, SOS stock is well below $1 and sinking fast. Things couldn’t possibly get any worse — could they?

The Clock Is Ticking for SOS Shares

It’s a nightmare for a company’s shareholders whenever a major financial exchange hints at the possibility of a de-listing. This, I must sadly report, appears to be happening with SOS Limited and its shareholders. As InvestorPlace contributor Stavros Georgiadis observed, the New York Stock Exchange has put the company on notice.

Georgiadis tried to warn people about investing in SOS Limited, and I can’t blame him. Apparently, the New York Stock Exchange sent SOS Limited a letter notifying the company that its stock shares are “below compliance standards.”

The company explained the situation thus: “Pursuant to NYSE rule 802.01C, a company will be considered to be below compliance standards if the average closing price of a security as reported on the consolidated tape is less than $1.00 over a consecutive 30 trading-day period.”

Moreover, after a company has been notified of its noncompliance, it must bring its current and average share prices back above $1 within six months of receiving that notification.

SOS Limited received its noncompliance notification on Jan. 14, 2022. So, the clock is set, and it has been ticking for a little while now.

There are plenty of ways to bet on the growth of the blockchain. Why take a chance on a business that might get de-listed from the New York Stock Exchange?

Investing in a China-based, cryptocurrency-focused company is a risky proposition. Before jumping into the trade, consider that Hindenburg Research’s harsh prediction might actually come true.

It’s time to set our multi-bagger fantasies aside and face the reality of the situation. Ultimately, SOS stock just doesn’t offer a favorable risk-to-reward scenario in 2022.