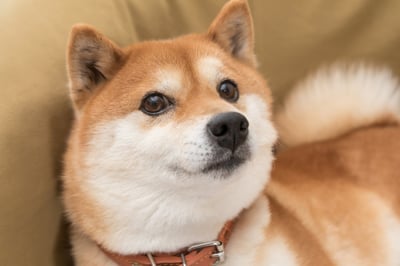 Shiba Inu (SHIB -2.08%) might not pass any traditional valuation test, or even a common-sense test. It’s a dog-themed cryptocurrency that’s not backed by megabanks or boatloads of billionaires. Yet, it has an underdog appeal that might entice risk-tolerant low-priced coin enthusiasts everywhere.

There’s no denying that HODL-ers — crypto lingo for those who don’t sell during price slumps — have had a rough 2022 so far, and only the staunchest SHIB enthusiasts have held through the volatility. Moreover, investing in Shiba Inu certainly isn’t a retirement plan in and of itself, and at most it should only be a very small part of a diversified, more comprehensive portfolio of cryptocurrency and other, less risky assets. That said, if you’re willing to ignore a nasty-looking chart and embrace a crypto community with heart, Shiba Inu might be right up your alley.

While some skeptics might consider SHIB a joke, there’s nothing funny about the developers’ approach to educating new participants. The best point of departure would probably be the official Shiba Inu web portal, where newbies can bone up on the token’s history and read the white paper — or I should say, the Woof Paper — that outlines how the crypto was created and functions.

There, you’ll learn that Shiba Inu started off with a supply of 1 quadrillion tokens. This might sound like an awful lot of SHIB coins, but bear in mind that they’re only worth $0.000011 apiece at the moment. Soon after its inception, Shiba Inu founder “Ryoshi” burned (i.e., destroyed) almost half of the existing SHIB tokens — a good thing in the world of crypto because it keeps the supply under control.

Indeed, the burning of SHIB tokens is a point of pride in the community. It’s been estimated that 300 million tokens were burned during the first week of September, and the average daily burn rate reached 23.67 million Shiba Inu tokens at one point that month.

When you’re finished perusing the official portal, the next stop is the official Shiba Inu blog, where the latest happenings are reported on. It should come as no surprise that there are SHIB burn updates on the blog, along with postings that are almost rapturous in their enthusiasm for the Shiba Inu ecosystem.

If anything could make SHIB a worthy retirement investment, it’s the Shiba Inu community. Despite the token’s underperformance in 2022 year to date, the Shiba Inu community remains amazingly robust and is growing on social media; the proof point here is the ecosystem’s official Twitter account, which has 3.5 million followers.

You might notice that both the official Twitter account and the blog are highly enthusiastic about Shiba Inu’s connection to games and the metaverse. There’s been a strong push to get community members involved in Shiba Eternity, a game that has its own Twitter following of nearly 10,000.

And if your conception of the metaverse still consists of blocky, pixelated figures (I’m looking at you, Roblox and Meta), then I encourage you to venture into the beautiful Shiba Inu Metaverse Canyon, where earthy artwork is on display and visitors are invited to engage in virtual horseback riding, water skiing, and even a bit of spelunking if you’re so inclined.

Sometimes on crypto-focused social media, you might hear enthusiasts of low-priced coins fantasizing about bidding the price up to $1. Don’t be surprised if you hear this sort of chatter about SHIB from time to time.

Maybe it’s more than just a fantasy, though. After all, who could have imagined in 2009 that Bitcoin would reach $69,000 at one point? This certainly isn’t to suggest that Shiba Inu will ever have Bitcoin’s clout or growth. Still, if you’d like to join a friendly and always enthusiastic community of SHIB fans — while also pursuing your retirement goals with a worthy wager on an artsy metaverse build-out — then consider putting a dog in the race with a small stash of Shiba Inu.