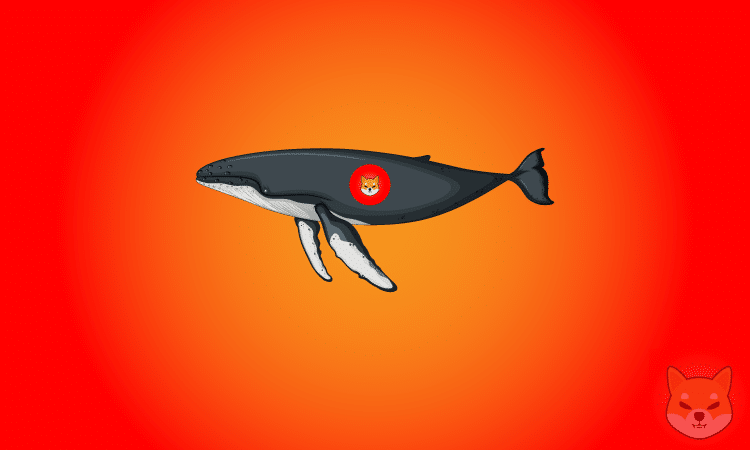 The number of large Shiba Inu (SHIB) token holders keeps increasing by the day as the cryptocurrency rally continues.

According to data published by Whale Stats total, a new Shiba Inu whale has just been discovered after a whopping amount of SHIB was recently transferred to the address.

Per the stats, a total of 3,457,477,154,937 SHIBs were transferred to an Ethereum wallet yesterday in two separate transactions.

At the time of writing, the total USD value of the wallet is worth around $115,649,942, according to the current market data on Coingecko.

In total, the new whale accumulated 3.4 Trillion Shiba Tokens Worth $115M. The development comes less than 24 hours after Whale Stats reported that the top 100 SHIB holders control 25% of the meme coin total supply.

Several Shiba Inu whales took advantage of last week’s market dip to increase their position in the digital currency, a move that also pumped the price of the cryptocurrency to soar over 55% in the last seven days.

SHIB growth over the past week has seen the memecoin flip FTX token to become the biggest ERC-20 holding among the top 1,000 ETH wallets earlier today.

Also Shiba Inu was among the top gainers on Monday and showed an incredible performance. The price of SHIB skyrockets 50% to $0.00003518 in the last 24 hours. Shib was able to Reclaim $19 Billion Market Cap, Flipping Binance USD, and Become the 13th Biggest Crypto In The World.