7 Small-Cap Stocks to Buy for Above Average Returns

Financial markets have been feeling the effects of recent geopolitical issues like inflation and the Russian invasion of Ukraine. So, naturally, investors are seeking ways to protect their money, and small-cap stocks to buy could provide a counterintuitive solution.

First, let me state off the bat that acquiring shares of firms with smaller-than-average capitalization is inherently risky. The companies tied to small-cap stocks simply don’t have the financial resources as their larger counterparts. Therefore, any unexpected rumblings in the stock market could spell greater volatility for investments within this subsegment.

At the same time, small-cap stocks benefit from — you guessed it — the law of small numbers. Basically, the premise is that it doesn’t take much energy to move a low-priced equity unit higher. In contrast, a high-priced blue-chip firm requires significant energy expenditure to move, with often lesser proportional rewards. Thus, it doesn’t hurt to think about certain viable ideas.

More importantly, under the present circumstances, small-cap stocks are flying under the radar. And while the benchmark indices are generally holding up well, the threat is that if geopolitical flashpoints get out of hand, the largest names will have the most to fall. On the flipside, the small caps are already in subterranean territory.

This dynamic may help insulate lesser-known names amid the carnage. Again, it’s a risky concept so you must perform due diligence before proceeding. However, these seven ideas for small-cap stocks to buy could be intriguing for the speculator.

Beyond the usual buyer beware messaging, investors should realize that there is a chance future events may upturn everything, including the most promising small-cap stocks to buy.

Focusing on developing a world-class lithium business in the U.S., Piedmont Lithium hopes to participate in the broader transition to electric vehicles (EVs). Initially, the concept of EV integration was tied to environmental concerns — and that continues to rank highly for industry advocates. However, the Russian invasion of Ukraine has brought new life to Piedmont.

While the free world united to impose severe sanctions on Russia, the harsh reality is that many countries are dependent on its rich natural resources — particularly fossil fuels. By transitioning to EVs, more nations can reduce their exposure to commodity-exporting countries like Russia.

Of course, lithium is the key component integrated into EV battery packs, which means the global wake-up call could serve Piedmont well as one of the small-cap stocks to buy. On a year-to-date (YTD) basis, PLL is up more than 18%. This is much better than the benchmark S&P 500 index, which is down more than 10% YTD.

Although clean and renewable energy is the goal, investors must acknowledge the overriding reality check: fossil fuels are incredibly difficult to quit. Scientifically, very few commodity classes feature the energy density of carbon-based fuel, which means that this sector will be relevant for at least the foreseeable future.

That’s not exactly what you want to hear as an environmental advocate. But as an investor, you could choose to bank on this uncomfortable but real dynamic through NGL Energy Partners. One of the midstream small-cap stocks, NGL provides multiple services to producers and end-users, including transportation, storage, blending and marketing of crude oil and other products.

As you might imagine, soaring demand for fuel has conspicuously affected NGL, with its shares up around 31% YTD. However, you should note that the company is a master limited partnership (MLP), requiring unitholders to file a Schedule K-1 with their taxes. Please consult a tax professional for more information.

All things being equal, if a choice in the matter existed, I believe most rational people would make an immediate pivot to renewable energy integration. By leveraging the power of the sun, wind and other naturally recurring dynamics, the green industry could give us the energy we crave while substantially reducing our dependency to alternatives.

However, that’s not reality. Unfortunately, the fossil-fuel industry will be around for years as we take the long journey to integration. However, this period doesn’t have to be wholly negative, as Aris Water Solutions demonstrates.

According to its website, Aris is a “leader in developing and operating produced water infrastructure and recycling for the largest operators in the Permian Basin.” It’s committed to advancing sustainability initiatives primarily through reducing the oil and gas industry’s water footprint.

Is it going to be a permanent solution to our energy dilemma? It’s difficult to say. However, the conflict abroad has given ARIS stock a boost, with shares up around 15% over the past week. So if you’re looking for a realistic narrative within small-cap stocks, this might be up your alley.

Perhaps one of the more cynical ideas among small-cap stocks to buy is Safe Bulkers. SB is a maritime transportation company focusing on dry bulk commodities. Specifically, its fleet transports major bulks, including iron ore, coal and grains along with minor bulks. Though the sector took a sizable hit due to the early onslaught of the novel coronavirus pandemic, SB and its sector are seeing a bit of a bounce back.

With sanctions pinging back and forth regarding the Russian invasion of Ukraine, it’s almost inevitable that the global supply chain crisis will only worsen. In particular, as the New York Times explained, Ukraine is a significant component of the world’s food supply. Therefore, whatever food sources are available to ship out will likely come at a premium. Cynically, though, this bodes well for SB stock and other shipping-related small-cap stocks to buy.

Since the January opener, Safe Bulkers shares are up approximately 14%. But with the ongoing situation in Europe, SB stock could climb higher.

As a mid-tier precious metals mining firm, Endeavor Silver features one of the fundamentally more attractive businesses at this present juncture. With so much turmoil going on in the world, precious metals have become an insurance policy that more investors need to at least think about.

Aside from the Russian invasion of Ukraine, another major catalyst for precious metals is hyperinflation. Currently, desperate attempts to save the value and stability of the ruble are failing, which only incentivizes valuable commodities. Metals like gold and silver feature intrinsic value, making them attractive during currency devaluations.

You want to be careful, though, with EXK stock. Small-cap stocks are already risky, and adding the volatility of precious metals makes it that much more unpredictable. 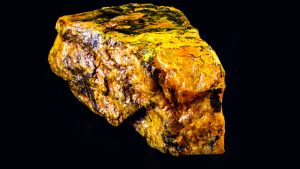 Mentioning Uranium Royalty, the first and only pure-play uranium royalty company per its website, at this hour is incredibly interesting. Believe me, I take full ownership of this fact. As you’ve likely heard, captured the Chernobyl nuclear powerplant.

So yes, uranium is not a popular topic. At the same time, however, not mentioning uranium could be a non-starter given the shifting of the modern global order. Of course, shifting to renewable energy will take years to fully integrate. Thus, going back to nuclear power may be unsavory, but also could be a viable solution.

That said, Europe is attempting to wean itself off nuclear power, which makes Uranium Royalty one of the riskiest small-cap stocks to buy. But scientific truth — that being the energy density of nuclear power — could trump other concerns. 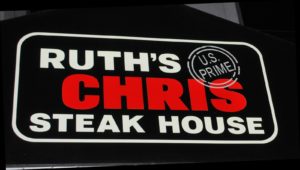 Ending this list of small-cap stocks on a lighter brighter note, speculators may want to consider the case of Ruth’s Hospitality Group. Featuring the largest fine dining steak house company in the U.S., I must admit that I had a very dim view of Ruth’s when the pandemic first struck us where it hurts.

Suddenly, nobody wanted to be around each other. And it’s not like Ruth’s organically caters toward a delivery business. This is a type of establishment to see and be seen in.

But as the threat of the global health crisis began fading into the rearview mirror, an increasing number of people desired a return of social experiences. Right there, you have the bullish case for RUTH stock.

More importantly, Ruth’s customers are tied to a more affluent consumer base. They’re not going to be afflicted as much with rising costs, thus making RUTH stock an intriguing, though risky idea.