Biotech stocks had a so-so year in 2021, as the Covid-19-induced boost the sector received in the previous year wore off. The iShares Biotechnology ETF (NASDAQ:IBB), which is considered a proxy for the sector, gained merely 0.95% in 2021 compared to the 26% rally seen in 2021.

Weighed down by the broader market weakness, biotech stocks have begun the new year on a sour note. Since the start of 2022, the IBB is seen languishing with a drop of about 20%. This is nearly double the loss experienced by the SPDR S&P 500 ETF Trust (NYSE:SPY) in the same time period.

A host of factors are weighing down on the sector currently, including the uncertainty over drug price reform in the U.S., Covid delays in R&D and clinical trial setbacks. Biotech investing is risk fraught and binary events such as Food and Drug Administration (FDA) decisions can either make or break a stock.

One thing going for the sector, however, is that these are defensive stocks that could do well even when the stock market is under pressure. The unfolding year portends to a period of several uncertainties around macroeconomics and geopolitics, and this increases the appeal of defensives.

One of the overhangs was removed with the appointment of Robert Califf as FDA commissioner. Moreover, it is widely expected that U.S. lawmakers will likely pass the drug pricing reform before the U.S. mid-term elections, with no changes or very little changes that could have minimal impact on the sector.

Given the relative underperformance and the sector’s sensitivity to key catalysts, it is worthwhile to screen some potential winners to ride the reversal.

Amylyx is a clinical-stage biopharma focusing on developing therapies for amyotrophic lateral sclerosis (ALS) and other neurodegenerative diseases. The company is a single-trick pony, in the sense it has a lone investigational compound, codenamed AMX0035, in its pipeline.

The small-cap biopharma has a key catalyst in the form of an advisory committee (Adcom) meeting. FDA’s Peripheral and Central Nervous System Drugs Advisory Committee is scheduled to discuss the company’s new drug application (NDA) for AMX0035 in ALS on March 30. A briefing document prepared by FDA staffers will be posted on March 28. Both have the potential to move the stock.

While making the final decision, the FDA takes into account Adcom’s recommendation. The recommendation, however, is not binding on the regulator.

The FDA will likely flash the green light for AMX0035, according to Evercore ISI analyst Umer Raffat. The analyst estimates risk-adjusted sales of about $1 billion for the drug, translating to a valuation of $50 per share.

AMX0035 is an oral, fixed-dose combination of two compounds, namely sodium phenylbutyrate and taurursodiol. Amylyx has also filed for the approval of AMX0035 in ALS in Canada and Europe.

Amylyx became a public company recently by offering 10 million shares at a price of $19 apiece. The shares began trading on the Nasdaq on Jan. 7. The stock is currently trading about 50% higher than its initial public offering (IPO) price.

AMLX stock has an average analyst rating of a “strong buy” and an average price target of $35.50, suggesting roughly 30% upside from current levels. 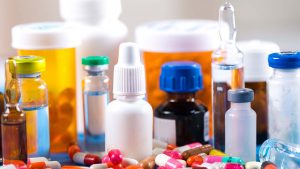 Massachusetts-based Akebia has a prescription drug user fee act (PDUFA) goal date of Mar. 29 for its drug, Vadadustat. PDUFA goal date is the date by which FDA is required to hand down its decision concerning a regulatory application filed with it, following either a standard review or priority review.

AKBA stock came under selling pressure Friday after JPMorgan analysts said an outright approval of Vadadustat is less likely, citing a more serious adverse risk profile flagged by the company in its 10-K report than what was reported earlier. FDA could either schedule an Adcom or issue a complete response letter, the analysts said.

Out of seven analysts rating Akebia’s stock, six have “buy” ratings and one has a “hold” rating. The average analysts’ price target is $7.17, suggesting over 180% upside from current levels.

Arena, which has agreed to be acquired by Pfizer (NYSE: PFE), has a key data readout scheduled for the first quarter. Topline data from two Phase 3 studies, named ELEVATE, of Etrasimod in ulcerative colitis are due before March-end.

Apart from ulcerative colitis, Etrasimod is also being tested for Crohn’s disease and eosinophilic esophagitis. It is a once-daily oral drug that works by partially and reversibly reducing lymphocyte levels at sites of inflammation, thereby maintaining immune function.

Data from the pair of late-stage ulcerative studies are important for Pfizer, as the large-cap biopharma has faced safety concerns with its own inflammatory portfolio that includes Xeljanz.

Danish biopharma Ascendis is set to announce topline results from a Phase 3 study in the first quarter evaluating its drug, TransCon PTH, in adult patients with hypoparathyroidism. The company is currently planning an NDA submission to the FDA in the third quarter of 2022.

Phase 2 data released in November showed that mean serum calcium levels and urinary calcium excretion remained stable in the normal range, obviating the need for active Vitamin D. Following the data, Ascendis chief medical officer Dana Pizzuti said, “We believe that these data, combined with nearly all patients continuing in the open label portion of the trial, indicates the potential for TransCon PTH to become the first hormone therapy to replace active vitamin D and therapeutic doses of calcium for adults living with hypoparathyroidism.”

Ascendis transitioned to a commercial-stage biopharma in 2021 when its Somatropin prodrug was approved for use in the U.S. under the brand name Skytrofa to treat pediatric growth hormone deficiency. 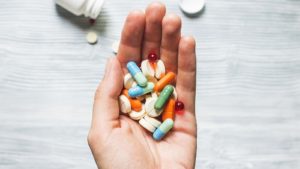 Terns is a microcap clinical-stage biopharma based out of California. Its pipeline consists of small-molecules, tested as single-agents and combo therapies against diseases such as non-alcoholic steatohepatitis (NASH) and obesity.

The most-advanced product in its pipeline is TERN-101 and it is currently being studied in a Phase 2a study in NASH. The company confirmed in its earnings report released on Mar. 3 that topline data from the study is on track for a readout in March.

Terns went public in February 2021 by offering 7.5 million shares, priced at $17 a share. The stock is now trading at low-single-digit levels.

A positive readout could kickstart a rally in the stock, especially as NASH remains a tricky R&D area and there is no FDA-approved therapy to treat the same. 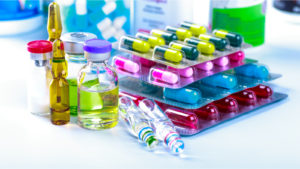 Large-cap biopharma Bristol-Myers Squibb is awaiting an FDA nod for its drug, Relatlimab, an antibody targeting a protein called Lag-3, in combination with its cancer immunotherapy Opdivo, for the treatment of melanoma. The combo treatment has a PDUFA goal date of Mar. 19.

Expectations of Relatlimab and Opdivo crossing the FDA hurdle have gained ground after Phase 2/3 data showed that progression-free survival more than doubled compared to Opdivo monotherapy. The risk of disease progression or death was also cut by one quarter.

If approval comes through, the company will have the first-mover advantage.

Imara is a clinical-stage biopharma developing therapies for rare, inherited genetic disorders of hemoglobin and other serious diseases. Interim analysis of data from the company’s Phase 2b study of Tovinontrine, previously named IMR-687, in sickle cell disease is due in the first quarter.

Tovinotrine is Imara’s lead asset. Phase 2a data from the sickle cell disease study reported in January 2021 did not impress investors, sending IMRA stock down about 38%. The stock has come under further selling pressure since then.

Imara is evaluating a higher dose in the Phase 2b study and the primary endpoint is set as annualized rate of vaso-occlusive crisis – a condition when sickled red blood cells block blood flow to tissues, depriving them of oxygen.

A positive readout from the study could do some good for the stock, which is currently perched at multi-year lows.

Analysts’ average price target for Imara, based on estimates compiled by TipRanks, is $17, over 1,000% upside from current levels.

On the date of publication, Shanthi Rexaline did not have (either directly or indirectly) any positions in the securities mentioned in this article. The opinions expressed in this article are those of the writer, subject to the InvestorPlace.com Publishing Guidelines.

Shanthi is a contributor to InvestorPlace.com as well as a staff writer with Benzinga. Equipped with a Bachelor’s degree in Agriculture and an MBA with specialization in finance and marketing, she has about two decades of experience in financial reporting and analysis, and specializes in the biopharma and EV sectors.