The current earnings season officially comes to an end next week with prints from a final few well-known companies.

Beginning the week of April 11, earnings for the first quarter of this year will kick-off with financial results from the biggest U.S. banks and financial institutions. Before then, we’ll get fourth quarter 2021 earnings reports from a classic retailer, a leading pharmaceutical company, and Canada’s biggest cannabis producer, among others. According to data compiled by FactSet, the fourth and final quarter of last year was a strong one for corporate America, with 76% of companies listed on the S&P 500 reporting better-than-expected earnings per share, and 78% reporting better-than-expected revenues. Earnings reported in Q4 grew an average of 30.7% among S&P 500 companies, making the quarter a very strong one.

Unfortunately, these solid earnings have not been able to lessen volatility in the stock market in the face of war in Europe and inflation that is running at a 40-year high. Here are four stocks reporting earnings the week of April 4: 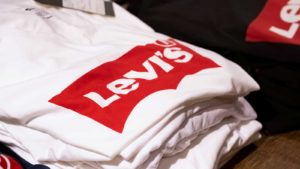 First out of the gate next week is San Francisco-based Levi Strauss, famous for its line of denim pants and jackets. A going concern since 1853, Levi Strauss most recently made headlines for suspending sales of its products in Russia following that country’s attack on Ukraine. The suspended sales, which mirror similar moves by other U.S. brands, generated headlines as Levi jeans were viewed as a symbol of freedom during the Soviet Union, and were a hot commodity on the Russian black market. About 2% of Levi’s global sales had been generated in Russia, according to the company, which also announced that it will donate $300,000 to aid Eastern European refugees.

Year-to-date, LEVI stock is down 19% at just under $20 a share. The share price is now 17% lower than where it was a year ago. This continues a prolonged slump for the retailer’s stock, which is 10% below the level it was at five years ago. Heightened competition and difficulties in diversifying its product line have long vexed the company and its growth plans. A better-than-expected earnings report next week could help boost the share price. For its upcoming print, Wall Street analysts are forecasting that Levi Strauss will report earnings per share (EPS) of $0.42 on revenues of $1.55 billion. 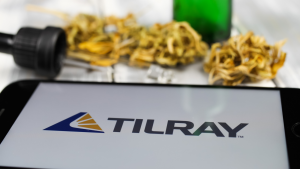 We’ll get a report card on how the legal cannabis market in neighboring Canada is performing when Tilray reports quarterly earnings on April 6. In early March, Tilray, which is now Canada’s largest cannabis producer, formed a strategic partnership with financially troubled rival Hexo Corp. (NASDAQ:HEXO). Under the deal, Tilray acquired up to $211 million of Hexo’s debt in exchange for a 37% stake in the company. The Hexo investment is expected to help Tilray expand its cannabis products to include more pre-rolls, beverages and edibles within the next two years. It should also provide $50 million in cost efficiencies.

Tilray, which has yet to turned a profit, is ramping up its operations and looking to achieve efficiencies in order to cut costs and improve its cash flow. The Hexo joint venture still requires approval from Tilray shareholders. After being targeted as a meme play last year, Tilray’s stock has fallen mightily in recent months. At its current price of $7.76 per share, TLRY stock is down 65% from a year ago. Like all Canadian cannabis producers, Tilray continues to struggle with a robust black market for cannabis products domestically and limited access to the U.S. and other foreign markets. Analysts expect Tilray to report revenue of $247.29 million next week. 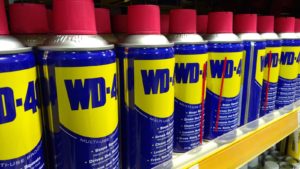 Chemical and lubricant company WD-40 steps into the spotlight on April 7 with its latest quarterly results. The San Diego, California-based company, whose products are available in nearly 200 countries around the world, could use a lift in its share price. Year-to-date, WDFC stock is down 25% at $183.91 per share. Over the past year, the stock has declined 40%. The company has attributed this pullback to the cyclical nature of its business, as well as market volatility. However, WD-40 has signaled that it expects a difficult year ahead in terms of its earnings growth.

During its last earnings report, WD-40 said that it anticipates sales this year between $522 million and $542 million, equal to gains of 7% to 11%. That would represent a slowdown from the 19% sales growth the company experience in 2021. Its gross profitability is forecast to also decline as well, dropping from 54% to 54%. That kind of outlook has not inspired confidence in the stock as an investment vehicle. For its latest quarterly results, analysts are calling on the WD-40 Company to report EPS of $1.01 on revenues of $126.77 million. Any beat to the upside could serve as a catalyst for WDFC stock. 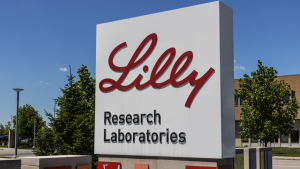 Lastly we’ll hear from drug maker Eli Lilly. The pharmaceutical company based in Indianapolis, Indiana currently holds patents on numerous best-selling medications, including diabetes treatment Trulicity, cancer drug Alimta and erectile disfunction prescription Cialis. Eli Lilly was the first pharmaceutical company to mass-produce the polio vaccine and is today the largest corporation based in the state of Indiana. And LLY stock has bucked the downward trend seen in markets during this year’s first quarter, rising 5% year to date to $286.37 a share. Over the past six months, the company’s share price has gained 25% despite ongoing market volatility.

Eli Lilly has a strong product pipeline that includes several potentially new prescription drugs to treat diseases ranging from diabetes to  Alzheimer’s disease and ulcerative colitis. The company’s financials also remain strong with revenue having grown by 15% year-over-year in 2021 to $28.3 billion. Wall Street will be watching to see if Eli Lilly’s fundamentals remain strong when the company reports next week. Analysts have forecast that the company will announce EPS of $1.91 on revenues of $6.34 billion. If there’s another reason to like LLY stock, its the dividend payment that has averaged an 11.3% annual rate over the last five years.

On the date of publication, Joel Baglole did not have (either directly or indirectly) any positions in the securities mentioned in this article. The opinions expressed in this article are those of the writer, subject to the InvestorPlace.com Publishing Guidelines.

Joel Baglole has been a business journalist for 20 years. He spent five years as a staff reporter at The Wall Street Journal, and has also written for The Washington Post and Toronto Star newspapers, as well as financial websites such as The Motley Fool and Investopedia.