3 Facts About Shiba Inu That You Should Know


Shiba Inu (CRYPTO:SHIB) has investors watching closely — and wondering whether they should get in on the action. The popular meme token soared 45,000,000% last year. It’s now the 15th-biggest cryptocurrency by market value. And at a price of a fraction of a cent, it’s an affordable bet.

But Shiba Inu is also a risky bet. Thousands of cryptocurrencies have popped up over the last few years. So, competition is high. Before deciding whether to jump on the Shiba Inu bandwagon, here are three facts you should know. 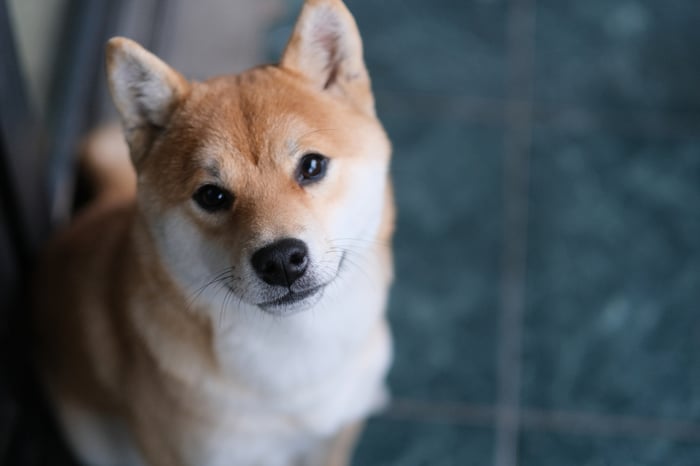 1. Two catalysts are on the horizon

Let’s start off with something positive. Shiba Inu did indeed skyrocket last year. But two elements may offer this cryptocurrency player somewhat of a boost in the coming months.

Shiba Inu plans to launch its own blockchain or layer-2 solution — and that may happen this year. Right now, Shiba Inu is a token operating on Ethereum. That means it’s subject to the high transaction costs on the Ethereum network. This new solution — called Shibarium — would eliminate that problem. In fact, Shiba Inu’s founder has said transaction fees may even be zero.

The second catalyst ahead is Shiba Inu’s plans to enter the metaverse. The cryptocurrency recently announced on social media that it will welcome the Shiberse this year. Shiba Inu referred to it as an “immersive experience.”

Details about Shibarium and the Shiberse are scarce. But speculation about the plans — and any eventual launches — may lift Shiba Inu. Why? Both could help Shiba Inu gain ground in the world of gaming.

Now, let’s move on to the negative… Shiba Inu may rise from here. But gains are likely to be limited. And one big reason is the cryptocurrency’s coin supply. Right now, there are 549 trillion coins in circulation. That means, if Shiba Inu were to reach $1, its market value would total $549 trillion.

Of course, a coin burn could change this picture. But for now, Shiba Inu’s tokens are way too numerous to support gains to $1 and beyond.

If you’d invested just $100 in Shiba Inu a little more than a year ago, you would have made a fortune. But the fact is, a lot of investors didn’t necessarily buy then.

In fact, more Shiba Inu investors are losing money at today’s price level than making money, according to IntoTheBlock. About 59% are losing, while 37% are winning, the data show.

Why is this important to note? Because it brings us back to reality. Some investors may be tempted to buy Shiba Inu simply because they’re afraid of missing out. They may feel as if everyone is making money on Shiba Inu — when, actually, that isn’t the case.

What do these three points mean for investors?

Shiba Inu may climb higher at a certain point, lifted by catalysts I mentioned. But long-term prospects don’t look so bright. Coin supply is a big hurdle. Most investors these days aren’t making a fortune on Shiba Inu — that eventually could discourage other investors from buying. And this cryptocurrency has less real-world utility than many of its rivals. It’s important to think of all of these elements before considering this ultra-risky cryptocurrency player.